Inside Going to the Meadow: Risking failure to create something new

I have been reading lately about the science of interdependence, and the argument against a biologically separate self, since we are all composed of and sustained by many life forms — visible and invisible.

I can imagine that some of the protein in the millions of eggs transported from the hatchery worked their way into the DNA of those of us who have stopped by to experience the current exhibition on view here, Going to the Meadow, a living exhibition curated by Robin Hill and Ulla Warchol / BiolunarL.

Going to the Meadow has unfolded in real time in ArtYard’s upper gallery over three months, as four cohorts of four artists spent five days enacting experiments that began with the question, what is it we collectively care about?

Any creative act, even this writing, requires a willingness to risk failure and foolishness. Making something new is an inherently risky act.

While we have played with this metaphor of incubation since the day we opened our doors, this project is the most audacious and fearless expression of this building’s history as a place where things were hatched.

I want to salute this fearlessness, and Ulla and Robin and all 16 artists for their willingness to try something with an unknown outcome in a pandemic moment in public with a group of strangers watching their every move. I am grateful to the ArtYard staff who supported them, managing myriad complexities, and then rushing home to cook feasts for the artists, and breaking bread together.

Going to the Meadow is unlike anything we have ever done or seen, and it represents a convergence of wonderful, interesting humans grappling with what matters to them collectively and alone.

Thank you, all of you, for being part of it. I hope you like it, or I hope you don’t like it, and that it leaves you scratching your head, thinking. And I hope it leads to good conversations about what you care about and what matters to you. 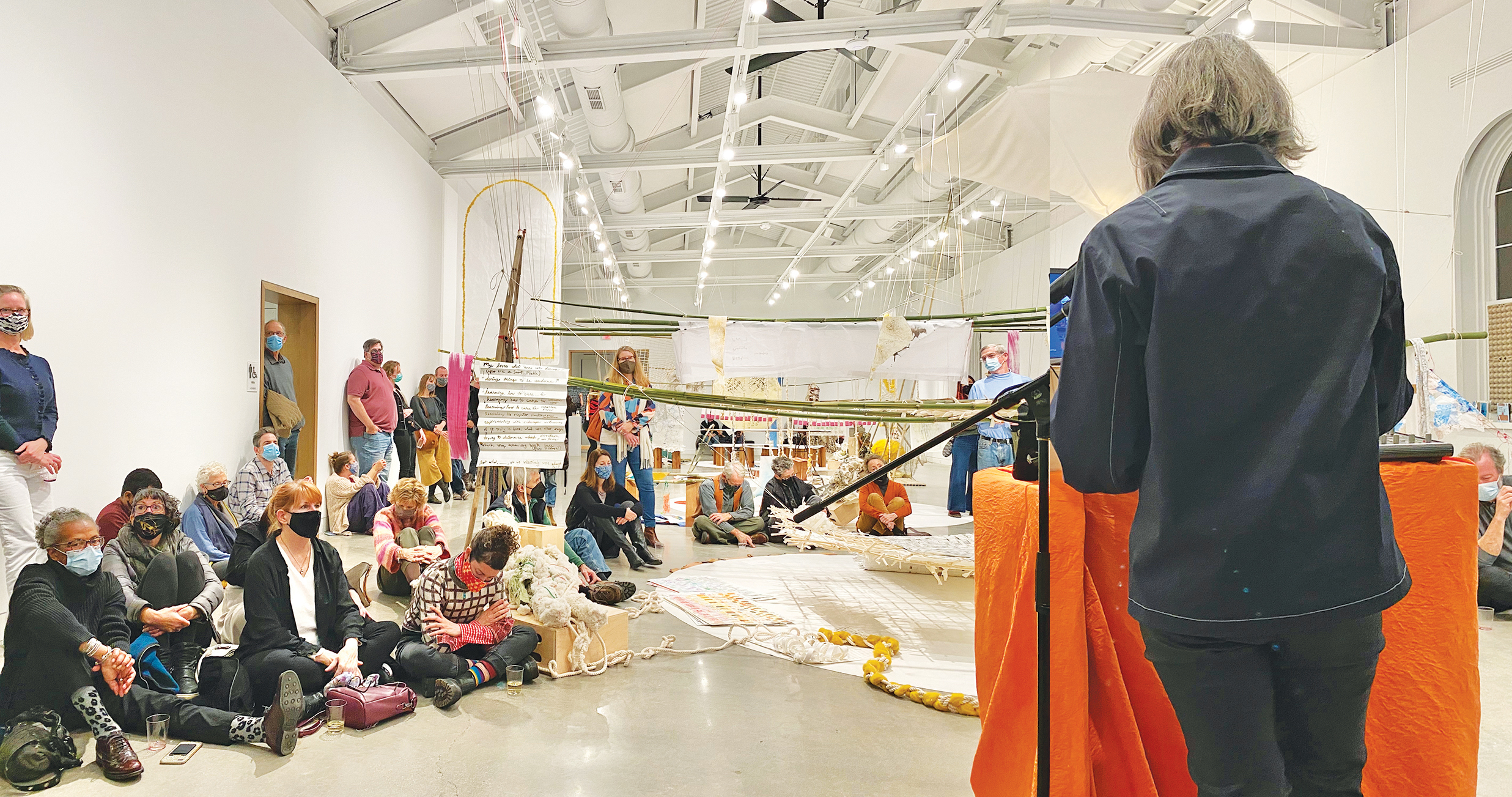 Jill Kearney is ArtYard’s founder and Executive Director. Jill is a producer of communal spectacles, a curator, and a former journalist and film executive.