Please join us on December 2nd at 4:00 PM for the opening reception of William Horberg’s exhibition. This event is free of charge. We also invite you to a performance/concert that that will follow at 8:00 PM. For tickets to the concert click HERE

Now a veteran film producer, Horberg came to movies when it was still possible to do so without a film school diploma. His earliest days on the path to Hollywood were spent as the proprietor of a much-loved, rat-infested cinema called the Sandburg Theater. He was 19 years old; his business partner and friend was 21. 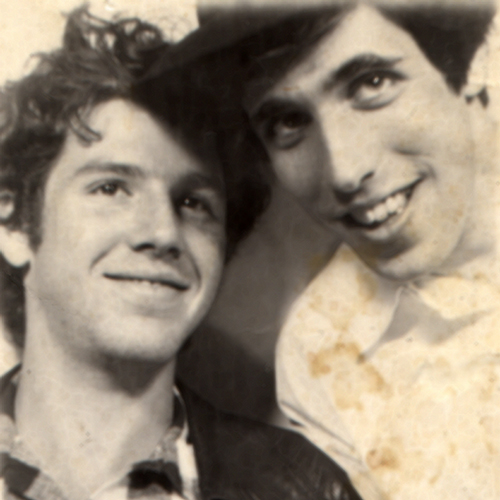 William Horberg is an independent film and television producer. He is currently the Chair of the Producers Guild of America, East, and a member of the Executive Branch of the Academy of Motion Picture Arts and Sciences.

Over a thirty year career, he has produced over thirty-five films including most recently The Promise directed by Terry George and starring Christian Bale and Oscar Isaac, and Crash Pad directed by Kevin Tent and starring Dohmnall Gleeson, Thomas Hayden Church, and Christina Applegate.

Through his company Wonderful Films, he also recently produced Black Nativity for Fox Searchlight, and Disconnect and Therese Raquin, for Liddell Entertainment and The Necessary Death of Charlie Countryman, for Voltage Pictures.

Previously, Horberg was the President of Production at Sidney Kimmel Entertainment, making a slate of films that included United 93, Breach. Talk to Me, Death at a Funeral; Charlie Bartlett, Married Life, Lars and the Real Girl, and Charlie Kaufman’s Synecdoche, New York, Horberg also served as an executive producer on Greg Mottola’s Adventureland, and Focus Features’ Milk, starring Academy Award winner Sean Penn and directed by Gus Van Sant. Horberg joined SKE from DreamWorks, where he was also the producer of Marc Forster’s The Kite Runner based on the international best-selling novel by Khaled Hosseini.

Before partnering in Mirage, Horberg was Senior Vice President of Production at Paramount Pictures where he oversaw the development and production of such films as Ghost; The Naked Gun 2 ½: The Smell of Fear; Dead Again; Regarding Henry; Soapdish; The Addams Family; and The Godfather Part III.

For a complete list of Horberg’s films, you can visit this link.

“Drawing is a way of coming upon the connection between things, just like metaphor in poetry reconnects what has become separated.” – John Berger 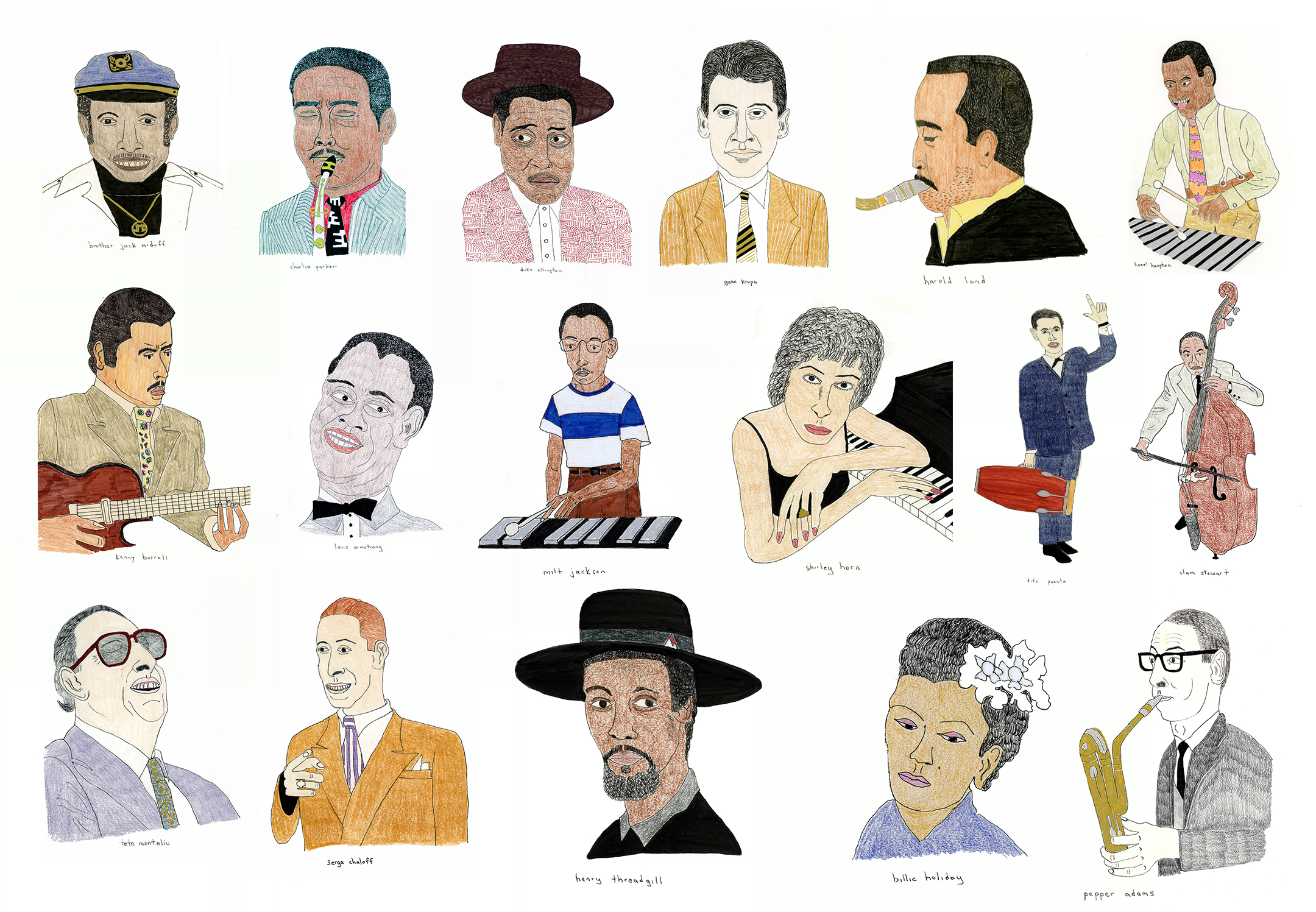 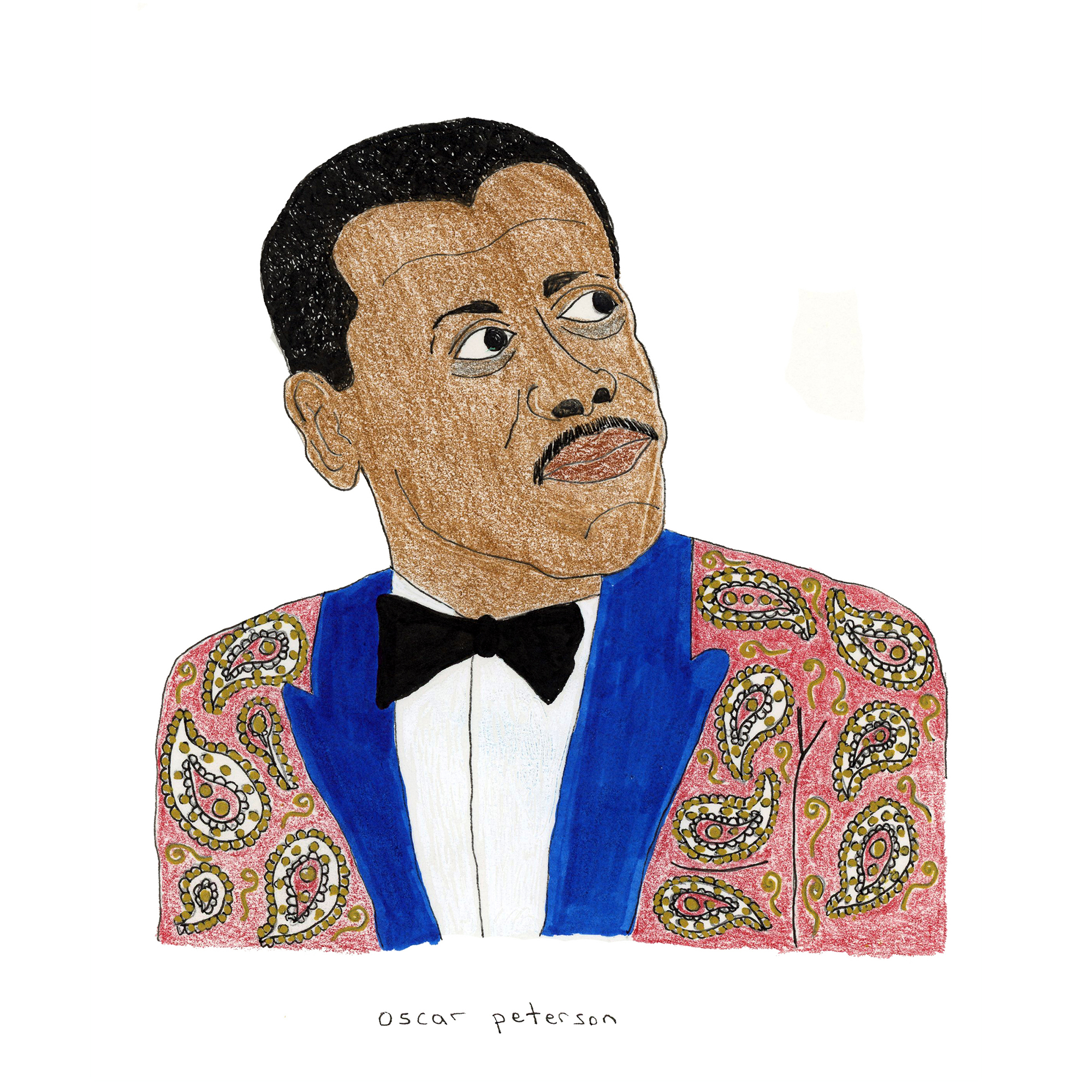 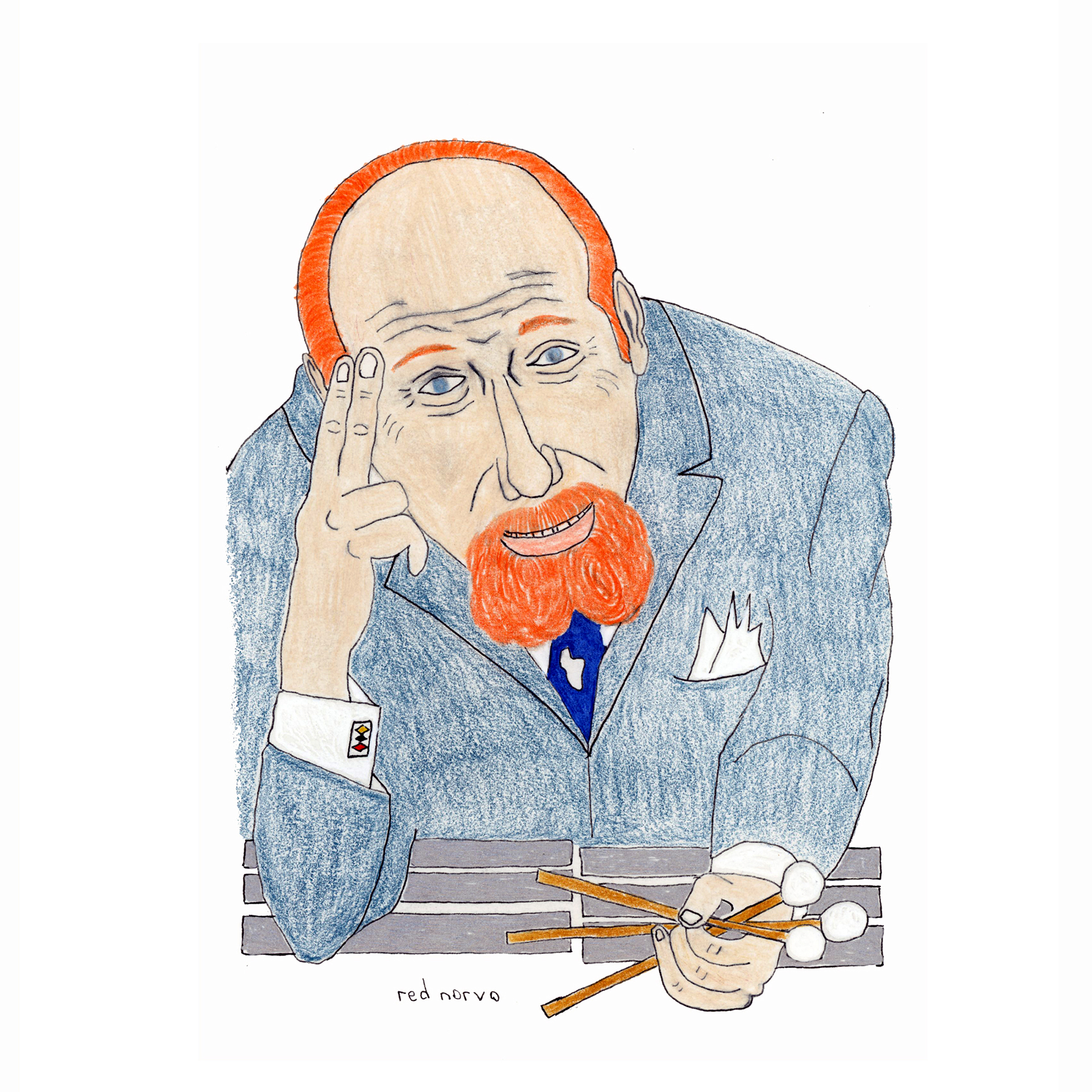 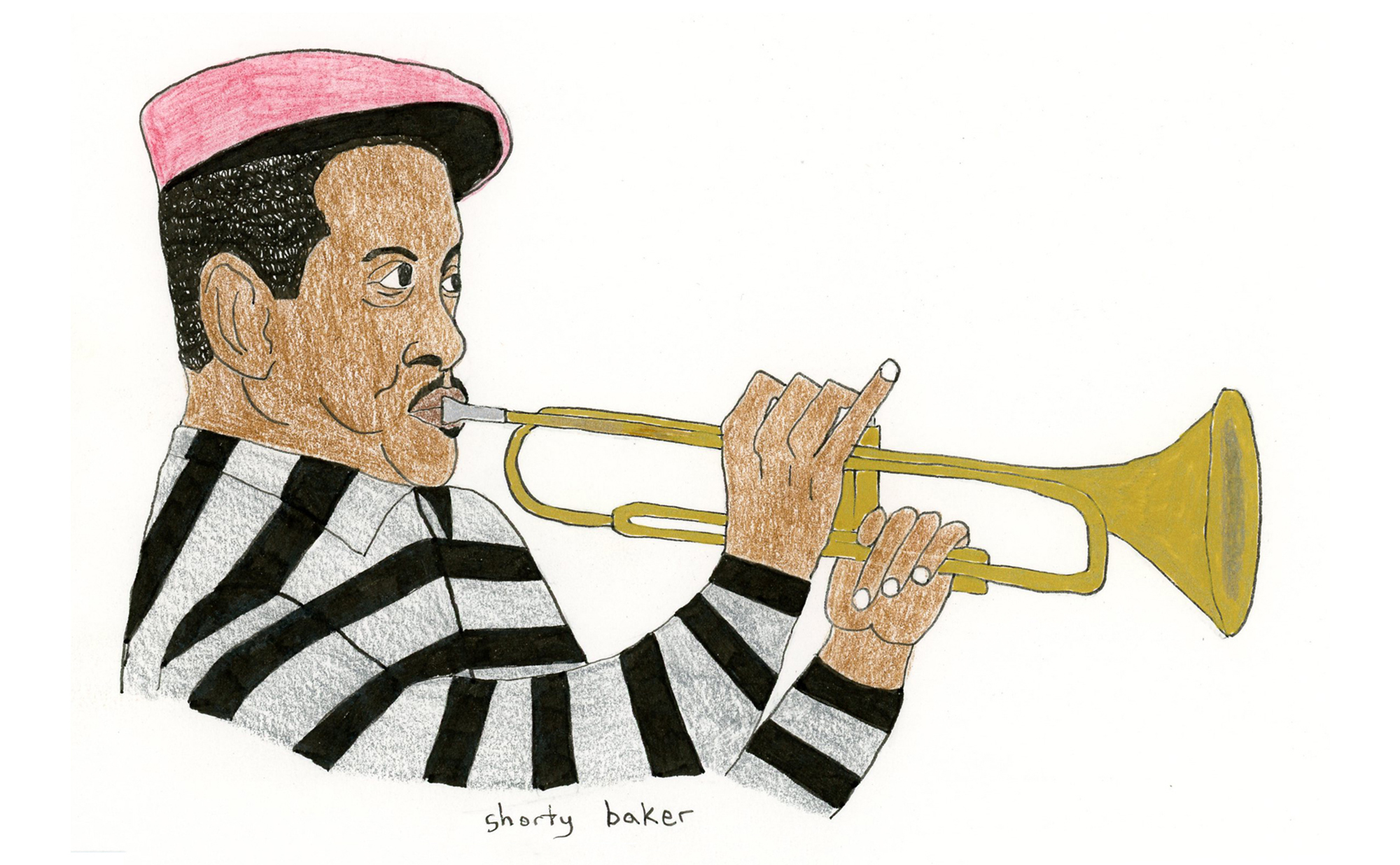 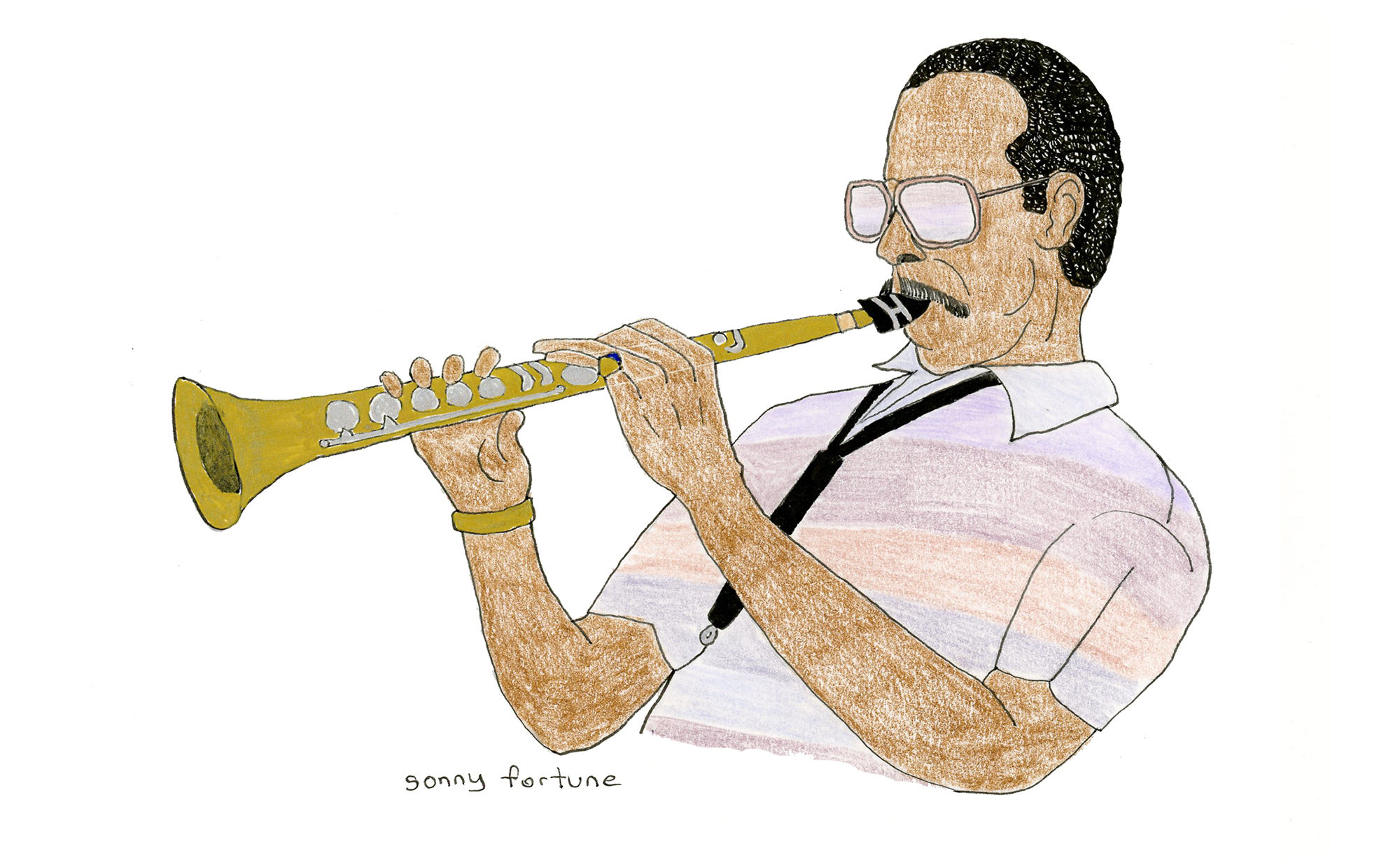 John Berger once said, “Drawing is a way of coming upon the connection between things, just like metaphor in poetry reconnects what has become separated…” Do you think that this idea applies to you? What is drawing to you?

I guess drawing is a form of therapy for me. I started doing it for myself and never really imagined it taking on a life of its own, or showing my drawings to other people. It is a place I like to escape to. I also enjoy all of the tools of drawing, various kinds and sizes of paper and pencils and sharpeners and erasers and colored pencils and different kinds of pens and markers.

When and under what circumstances did you start this series of drawings?

I was working overseas on a film for most of 2015. A very intense project, hard work and long hours. A lot of the time I was alone at night and it was too late to play music in the apartment I was staying in. I started making sketches in my Moleskine notebook, and I didn’t stop. I went through a medical crisis over there, and the project took on another dimension for me during my recovery. And then when I got home, I decided to try to spend a little time each day drawing, and that has continued until this day.

These portraits express a deep admiration for your subjects, can you explain this fascination?

I went to music school in the 1970’s, the Berklee College of Music in Boston, to study flute and composition. But I dropped out. I wound up opening a movie theatre in my hometown of Chicago, and that experience eventually led me to Hollywood and a long career producing movies. But Music was my first love, especially jazz, as a player and a listener. In some way that’s hard for me to understand or explain, a number of the things that have happened in my life in the last several years, leaving Hollywood, moving to Woodstock, N.Y., becoming active studying and playing music with other people again, and drawing these portraits, all feel connected, a current pulling me in a certain direction. American jazz music, improvised music, seems to me to be one of the greatest art forms ever created. I guess that drawing all of these characters has been my way of remembering them or rediscovering them, reading about their lives, listening to their music while sketching them, and now sharing my passion with others who will hopefully discover some greats they may not have heard of before.

What are you most captivated by; the music that the subjects of your portraits created, or their personalities and stories?

All of the above. And also their photographs, their album covers, the artwork, the fashion of what they wore, the hairstyles, instruments, etc.

A crucial component of jazz is improvisation, which is something that you have been practicing and studying under the guidance of legendary music educator Karl Berger. How does improvisation translate into your experience of drawing master improvisers?

Music is all about listening. The space between the notes that give the notes their shape. Improvised music is about expressing feelings, telling a story. Usually these truths about one art form apply on a fundamental level to any art form. But I am completely an amateur, both as a musician and even more so as an illustrator, so I don’t want to sound like I know what I am talking about when it comes to creating these drawings. I had strong feelings when I was drawing them – they are what they are, limited by my own limited talent and technique, but hopefully authentic.

Have you met any of the subjects of your drawings? If so, could you share who and what impression he/she made on you?

I was lucky to get to see a number of these musicians play live – Miles Davis, Ornette Coleman, Sun Ra, Charles Mingus, Freddie Hubbard, Abdullah Ibrahim, Mongo Santamaria, Brother Jack McDuff, Jon Hendricks, Art Pepper, and many many more. And I was even luckier to get to study with a few of them – Bill Barron, Ed Blackwell, and become good friends with Fred Anderson, and Karl Berger. My most vivid memory was seeing Rahsaan Roland Kirk play at Town Hall in New York before he died. He had had a stroke, and one side of his body was paralyzed, but in top hat and tails, he still stood center stage and played three saxophones simultaneously using a rig he had built, and a flute through his nose. There was so much music pouring out of him, it was hard not to feel a divine presence, even as an atheist.

If you could go back in time and have the privilege of attending a private class with one of the jazz musicians that you have drawn, who would that person be?

Eric Dolphy. As a flute player, he is my God.

Do you see anything in common between drawing and music?

They are both pure expressions of your individual voice. No one else can play like you, or draw like you, for better or worse, you are who you are, so you better get used to it, or even harder, like it.

In your career as a film producer, is there any film that made an impression on you in regards to its music or the musicians involved in it?

The two films I was lucky to make with Anthony Minghella were both incredibly musical. The Talented Mister Ripley was set in the jazz scene in Italy in the 1950’s but was also full of Bach and Vivaldi and rock and roll and Sinead O’Connor. And Cold Mountain was a rich collaboration between composer Gabriel Yared and T-Bone Burnett and a deep dive into American vernacular and roots music. I also loved working with the German composer Max Richter. I thought his score for “Disconnect” was so fragile and powerful and haunting.

You have been passionate about bringing jazz events this year to ArtYard, why? What positive effect do you think jazz can have on people?

I don’t know, Jazz has always been associated with all kinds of evils and licentious behavior! Drinking and dancing and wild sex; those all seem like potential positive effects to me! But seriously, I have eclectic tastes and an eclectic group of musicians I know and new ones I keep meeting. So these are the extremely talented people I’m interested in putting on stage and introducing to audiences here.

If you mean, will I continue to draw more portraits, the answer is yes. I have around 300 but I haven’t really scratched the surface of all the amazing musicians who have contributed to the idiom. I’m a collector at heart, and I have so many more souls to collect on paper and ink. As to what happens to these drawings out in the world, I just hope people like them for what they are; I never imagined them at a gallery, so I will be equally curious what happens next. I’ve heard the art world can also be full of all kinds of evil and licentious behavior!