By Jill Kearney and Elsa Mora

A FLOCK OF STARLINGS IS CALLED MURMURATION

The works in this show illuminate a small event which occurred one afternoon in Jill Kearney’s backyard but began in an earlier century on another continent, affecting an entire species of birds. This installation underscores the primacy of place, the fragility of ecosystems, the unintended consequences of even benevolent impulses, and the importance of collaboration in the invention of ArtYard.

We didn’t see the murmuration coming,

we only heard it as a storm of falling bodies pummeling the ground.

A hundred birds or more deceased in flight, after ingesting Starlicide

in the grain bin at my neighbor’s farm.

They turned my lawn from green to black.

Starlings are invasive pests, and so are deer,

unless you are a deer or starling in which case you inhabited this farm road first,

or you were shipped to sea inside a cargo hold.

by Eugene Schieffelin, alleged to have launched in Central Park

mated pairs of every bird mentioned in Shakespeare’s work.

They did what starlings do: they reproduced.

The avian swarms are hazardous to planes.

They devour farmers’ grains. Hence the legal use of poisons fatal

only to their namesakes with star-like iridescent spots.

I’m not sure who to blame.

The bard, for mentioning their name?

The farmer, hanging on for life?

Schieffelin for his guileless love of birds?

My dog is swallowing a starling whole.

I order spatulas on Amazon.

Each cardboard box was formerly a perch.

I was an English major once.

I memorized the sonnets.

I studied verse instead of bird anatomy.

Leo, a cattle dog named after a meteor shower met his end beneath a truck.

Birds are more fragile and strange than words.

Starlings have no natural predators but human poems. 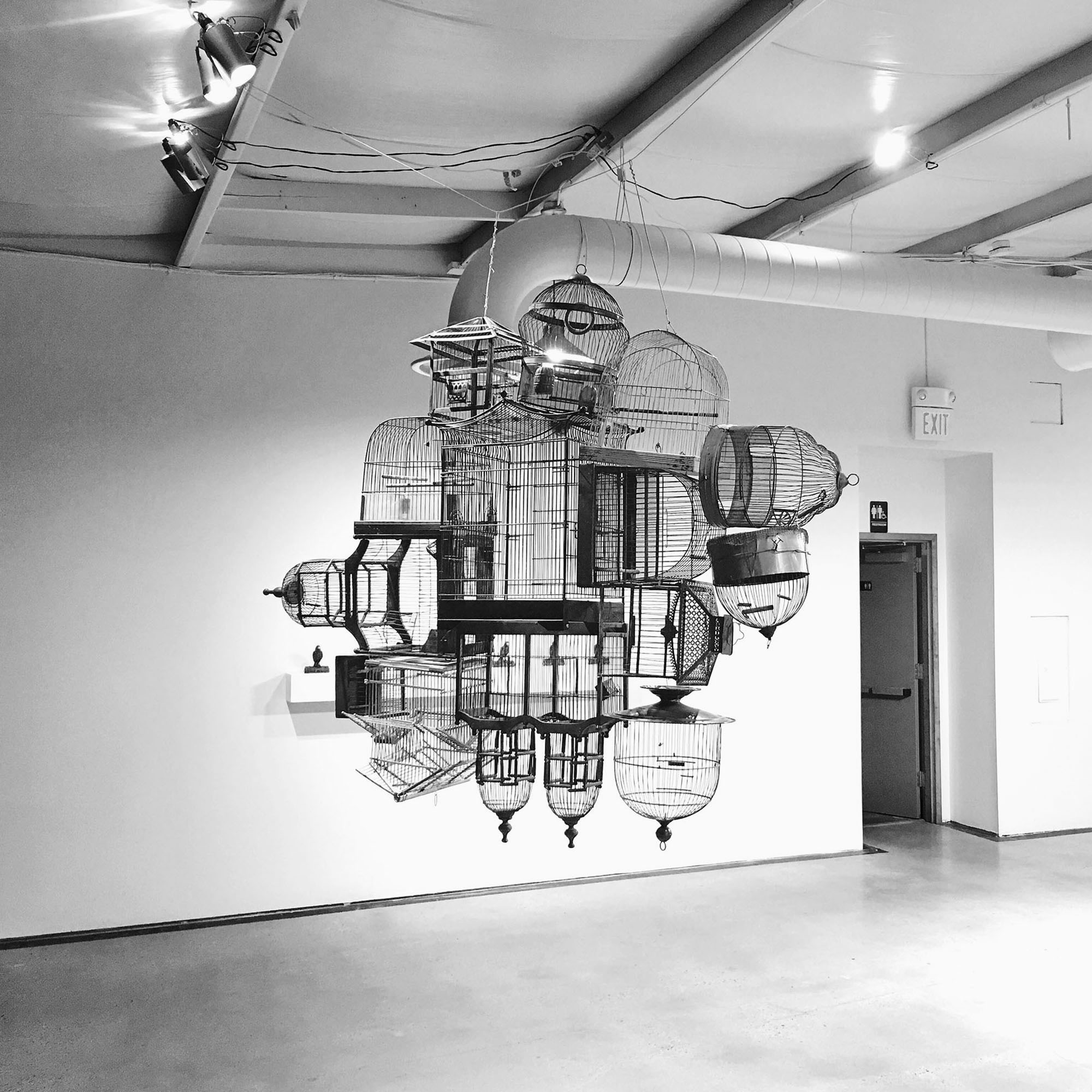 A sculpture built out of used empty birdcages

Text on an image of deceased starlings printed on canvas 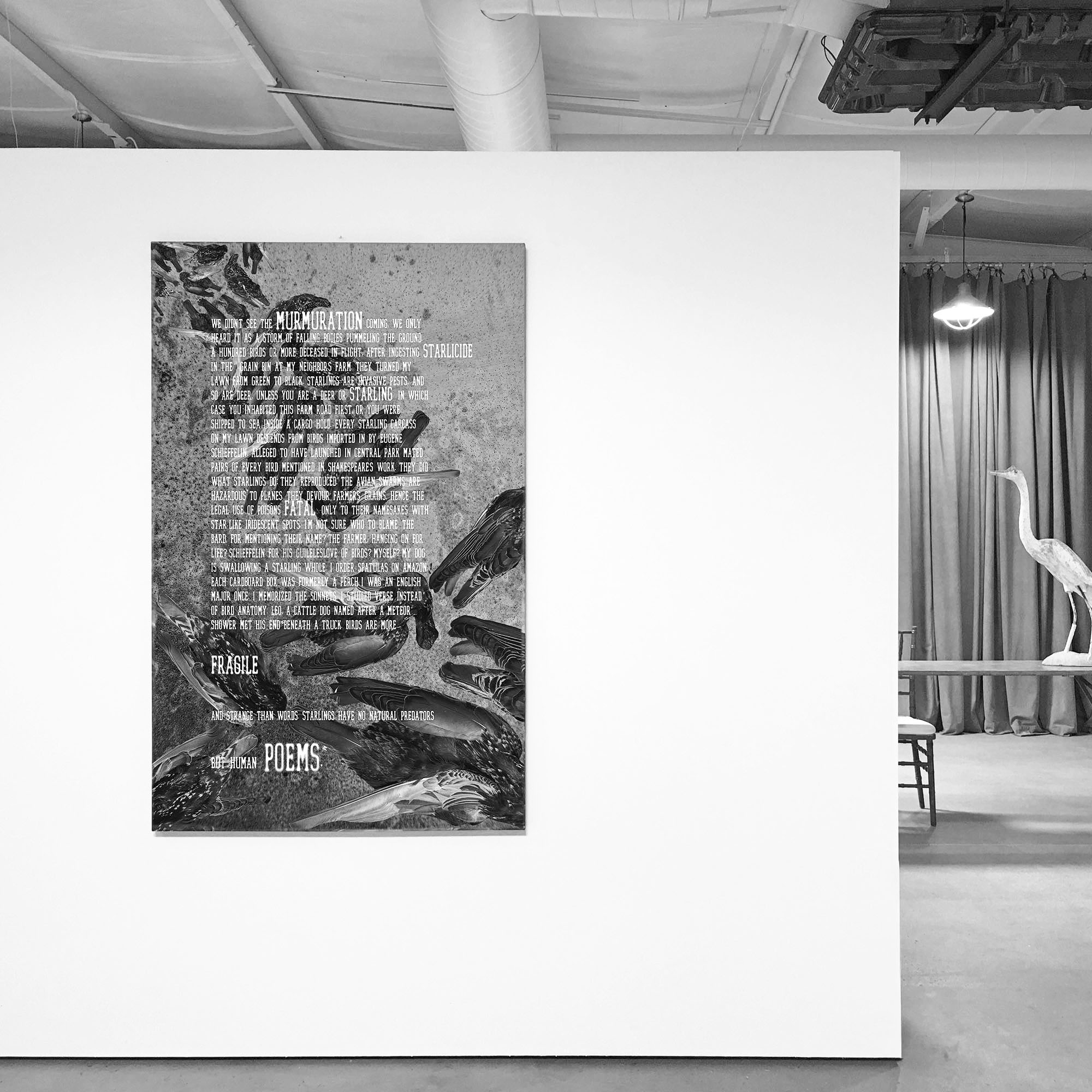 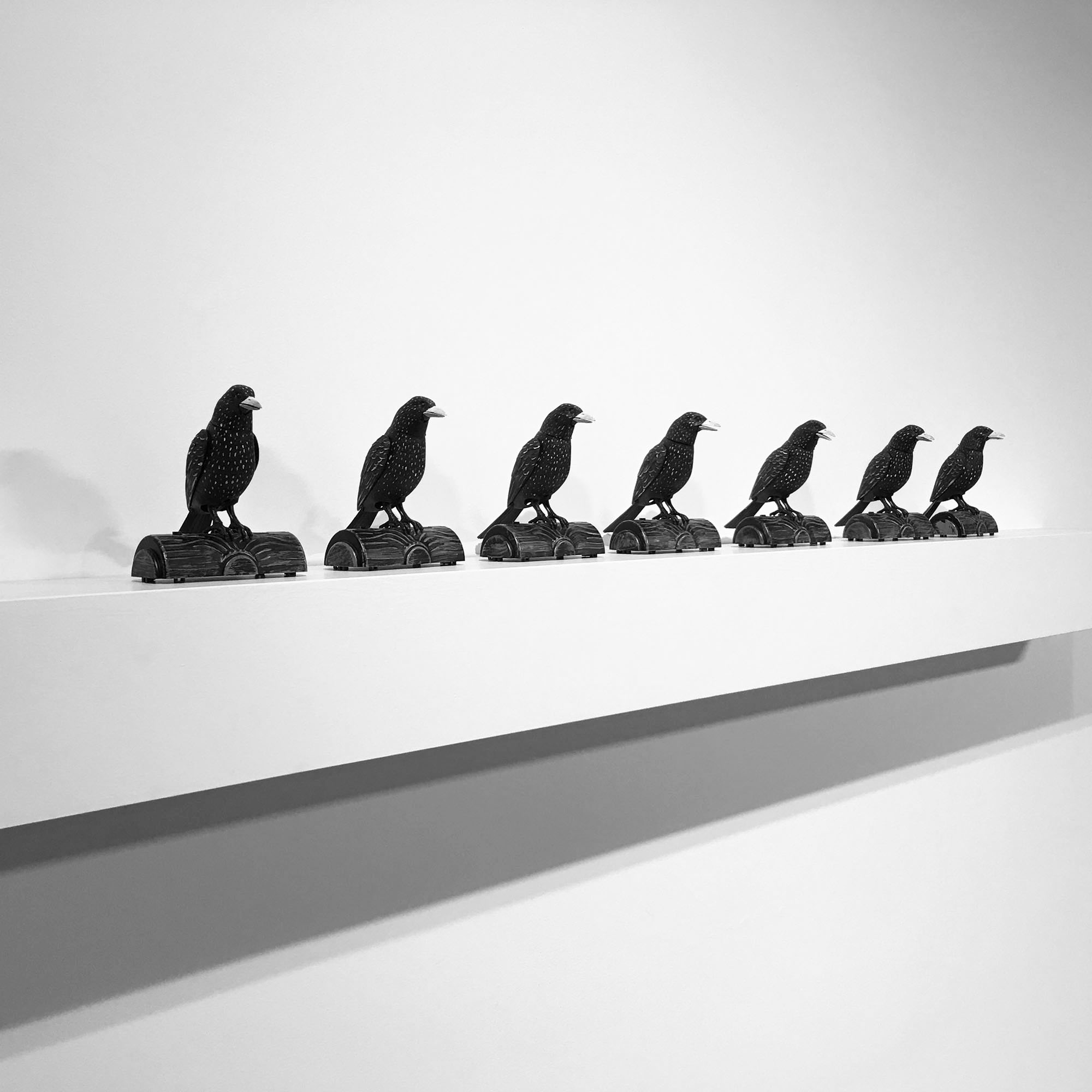 Looped video of a caged bird

As a duet, Jill Kearney and Elsa Mora have done work that includes writing, illustration, and art installations. They believe in the importance of collaboration and advocate for it at ArtYard, where they work as Executive Director and Artistic Director. 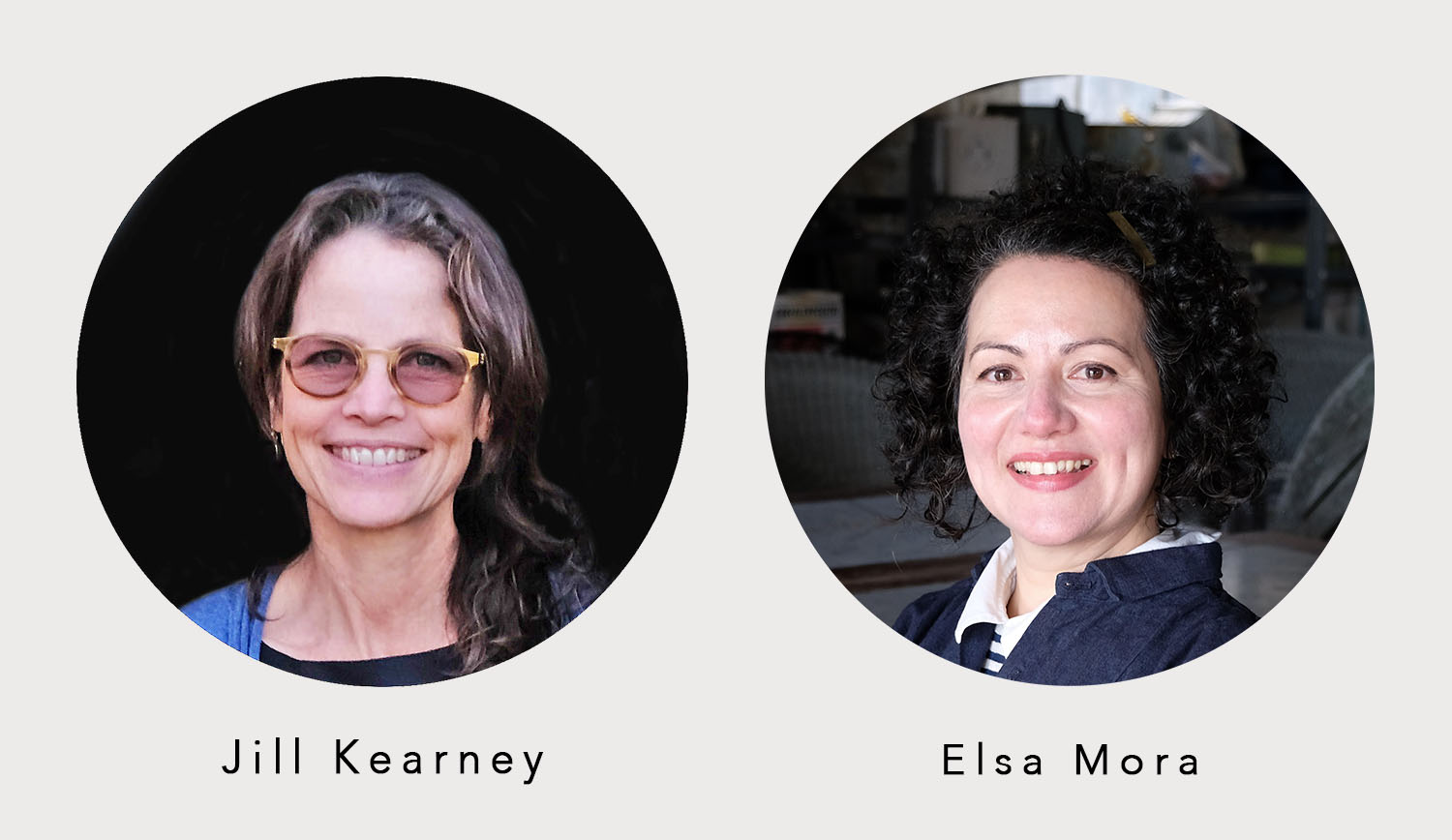