On April 23rd and again on May 20th, 2017, ArtYard began experimenting with events involving live poets stationed at banks of manual typewriters and members of the public who sat down to share their memories, stories, wishes, and sorrows. Some visitors commissioned poems for beloved friends. Others entered our Poetry Confessional where they shared a personal reflection or a secret in need of forgiveness to a poet stationed at a typewriter behind a screen. 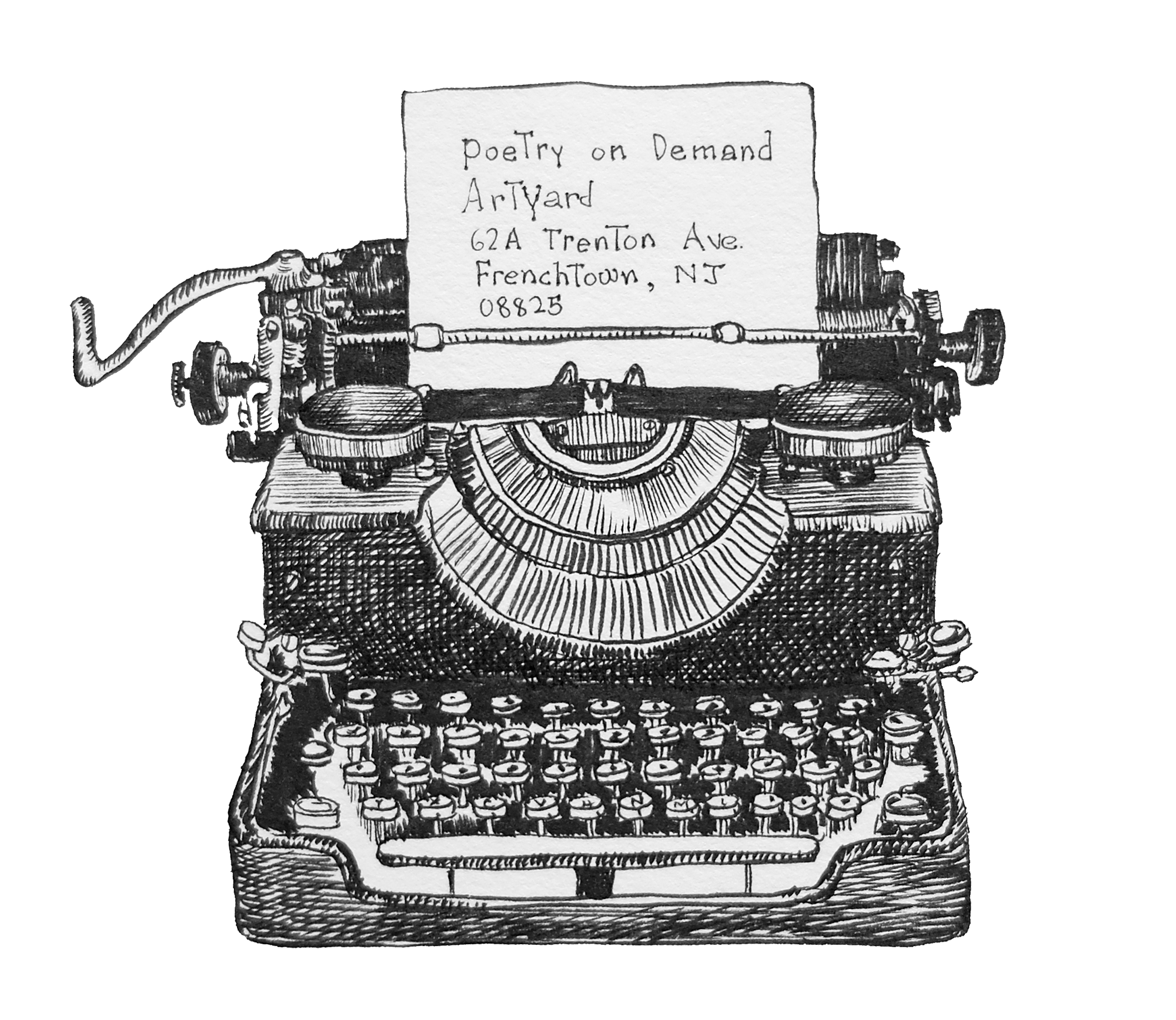 The immediacy of the manual typewriters with their limited capacity to correct errors required practice of spontaneous writing which the poets found challenging and liberating. And the encounters between poet and subject offered a rare opportunity to enter a stranger’s inner life, to have a meaningful conversation and to shift one’s point of view beyond one’s own. 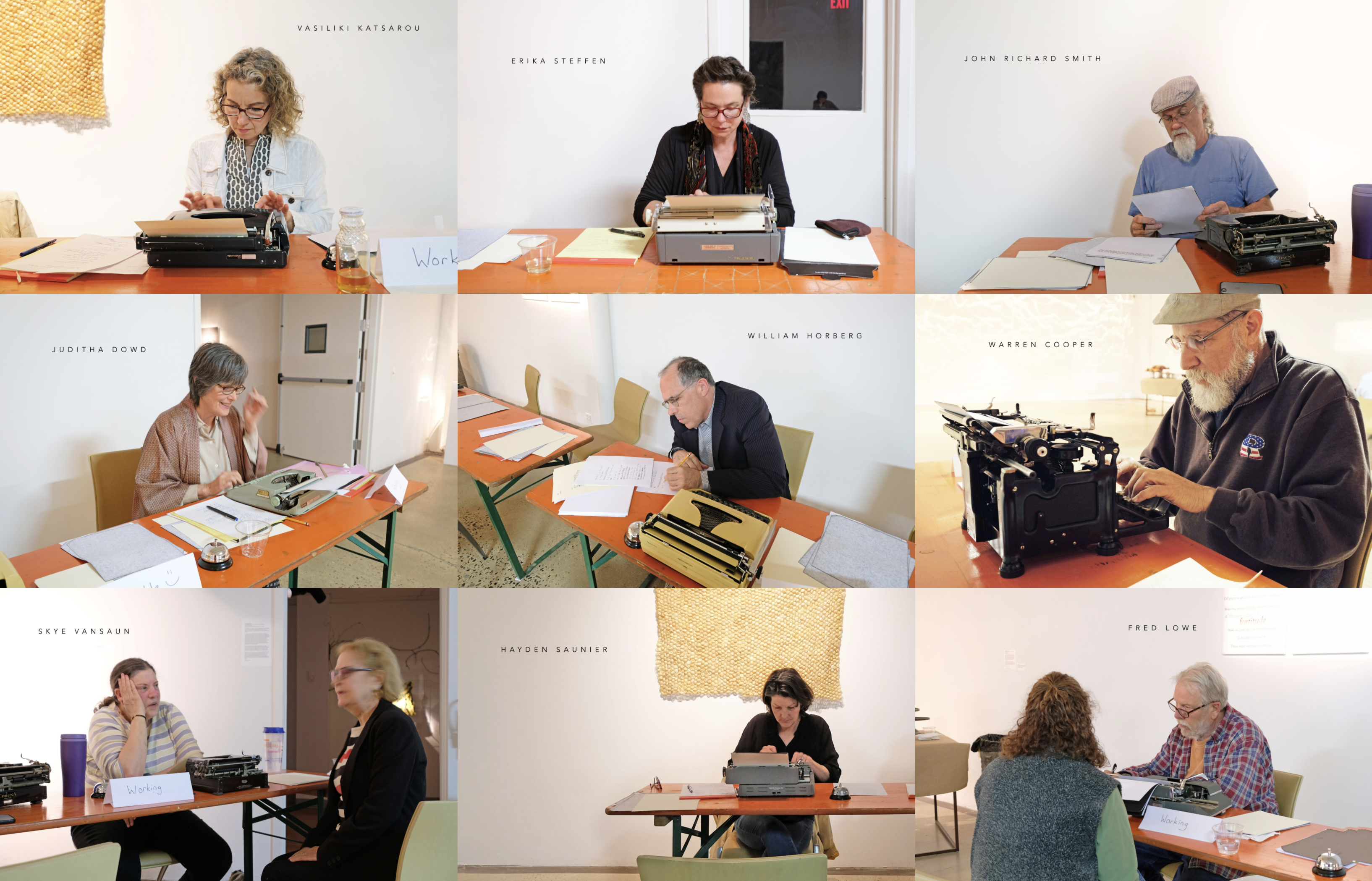 The resulting poems were by turns delightful, heartbreaking and startling. Over certain poems, old friendships were forged. A handful of these freshly minted poems were read aloud before the May 20th screening of the film Neruda in our theater. 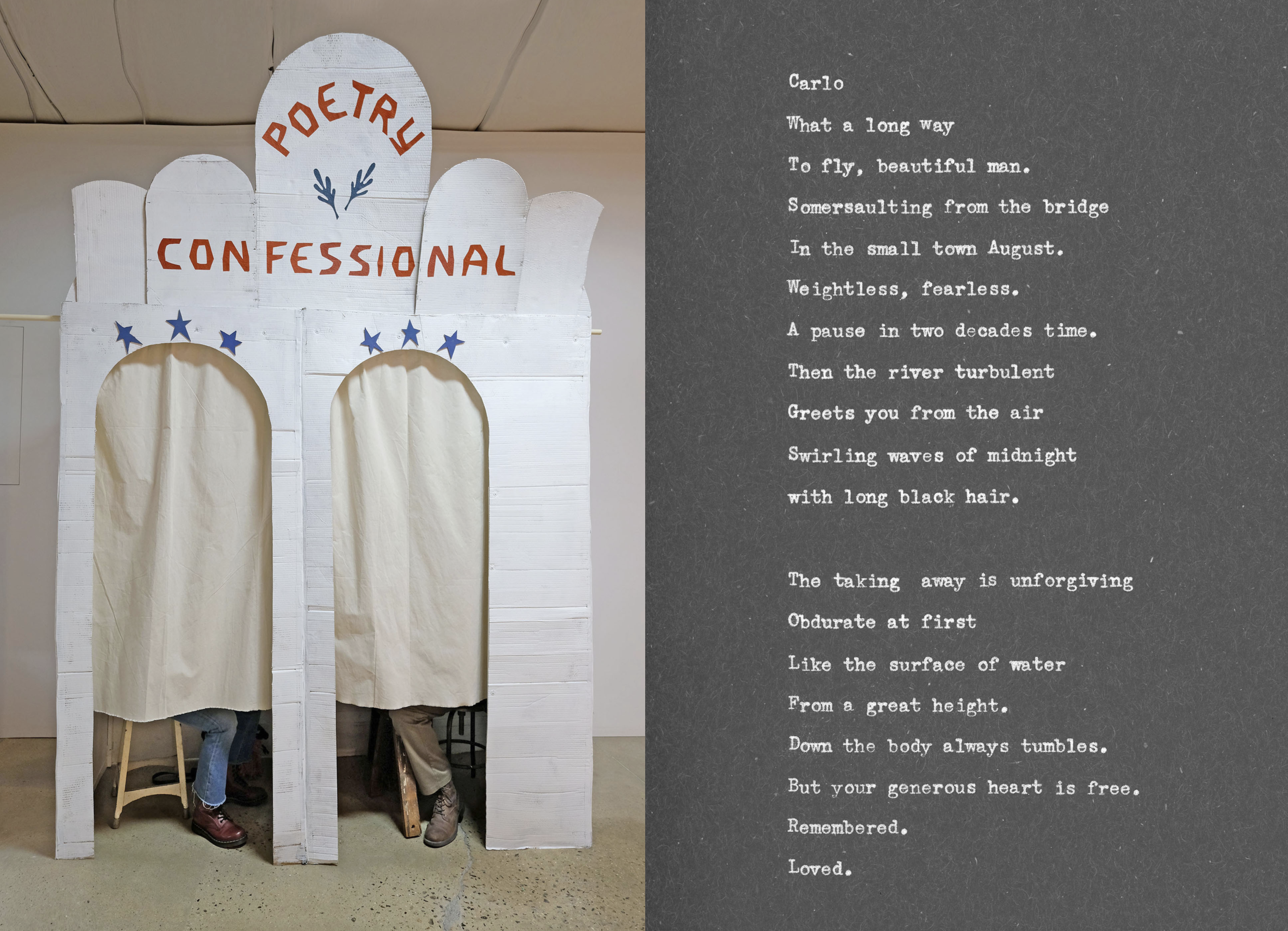 Left: Poetry confessional designed and built by Lucinda Warchol. Right: One of the poems from the event, written by Erika Steffen 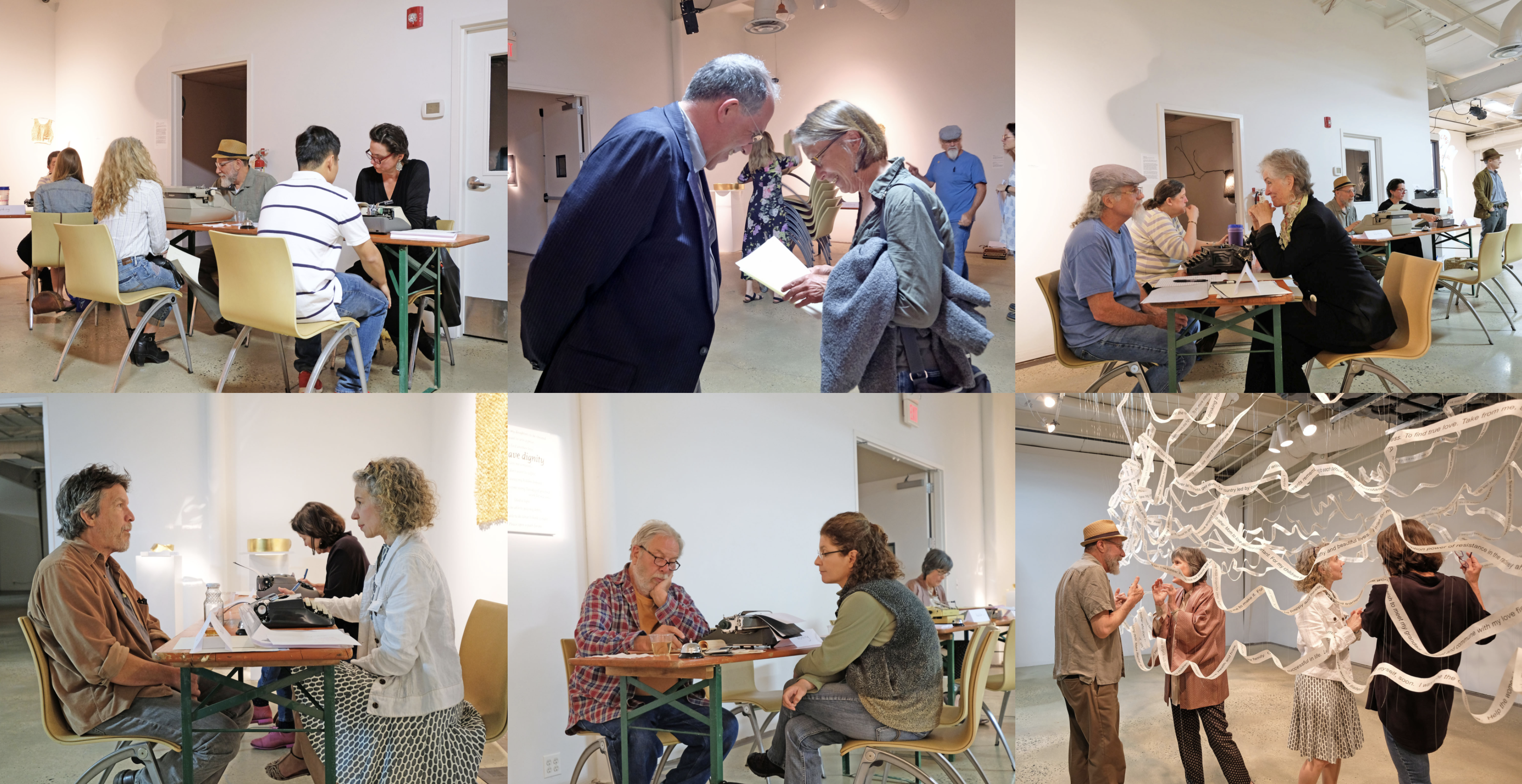 Lucinda Warchol created a zine with some of the poems from these events. 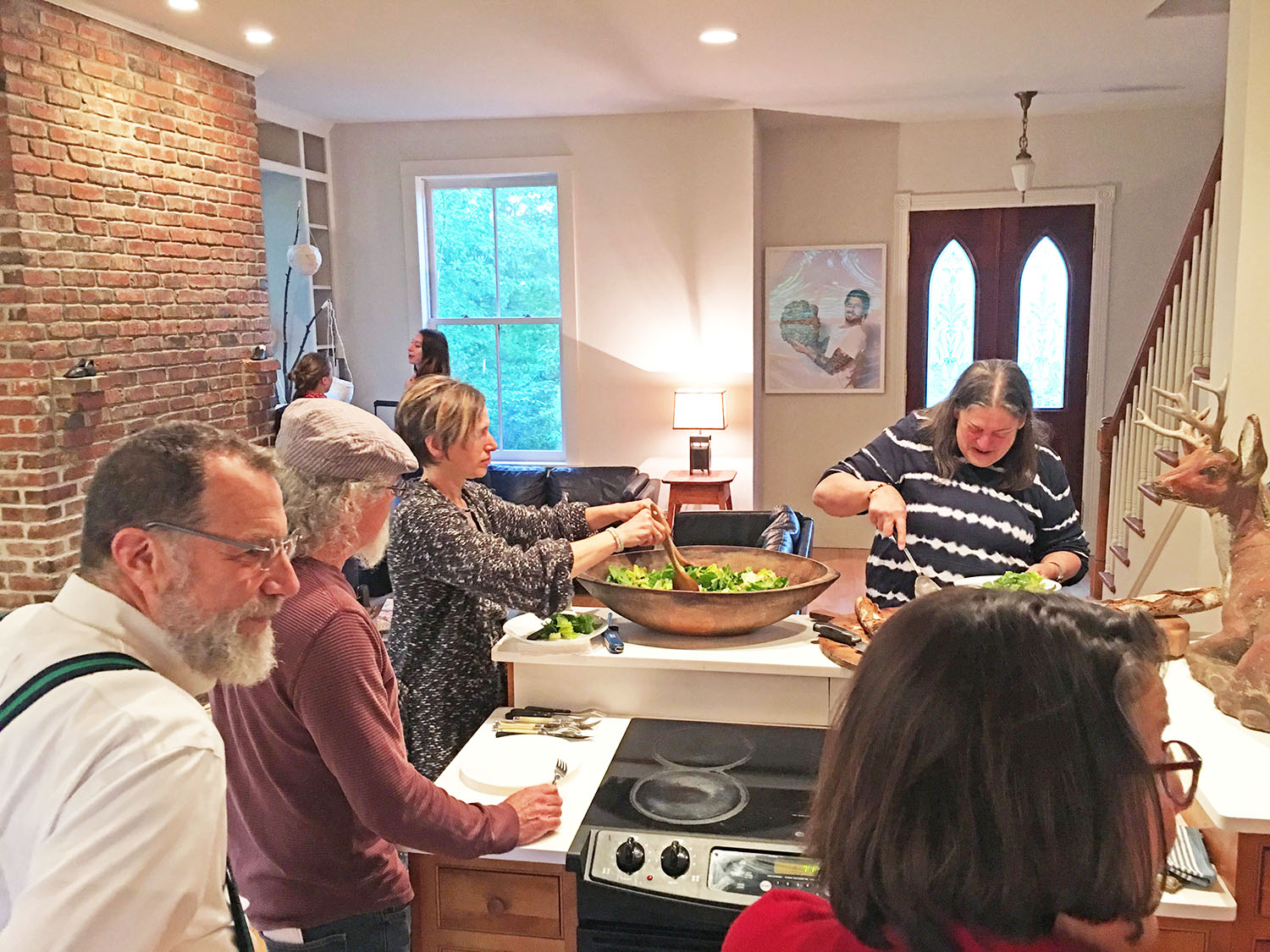 Copies of the zines were given to the writers during a gathering at the ArtYard residency.