Inside Invisible: On Disappearing Poems 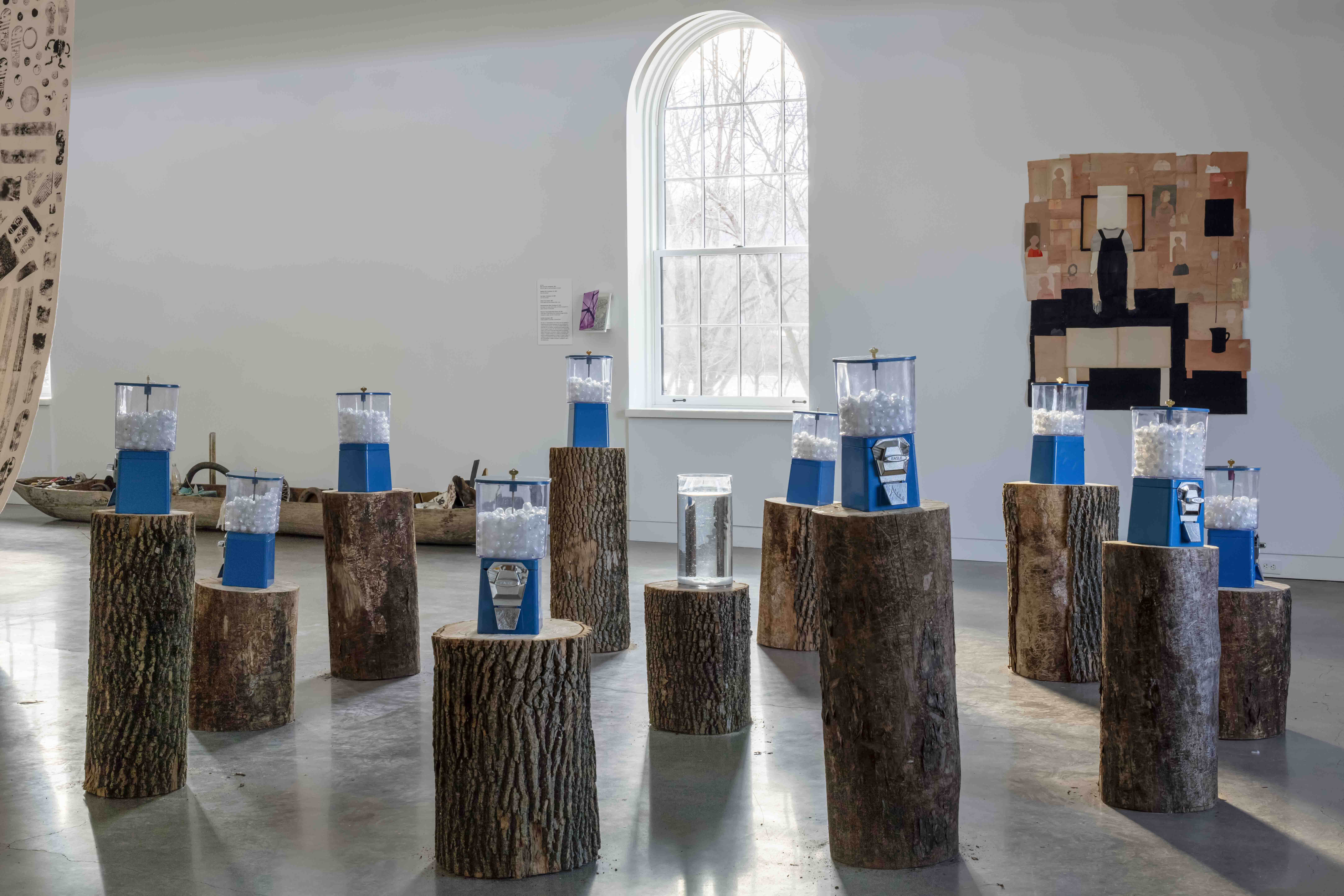 The following is an artist’s statement by Vasiliki Katsarou, a poet and filmmaker whose Haiku-length disappearing poems are dispensed from ten gumball machines installed in the Invisible exhibition. Printed on water-soluble paper, the poems may be treasured and retained or dropped in a water-filled receptacle to disappear. On Sunday, March 27, Katsarou is leading Invisible Frenchtown Walking Poetry Workshop, a generative poetry walk through the landscapes and history of Frenchtown.

When Jill described the Invisible project to me as drawing from unspoken emotional states and unnoticed effects of human presence, I immediately thought of my brief haiku-esque poems. I’ve been writing these short-form poems over many years, in response to momentary states of heightened awareness. Just as filmmaking can recall Ralph Waldo Emerson’s idea of a “transparent eyeball” so too can imagistic poems reveal something of how we imagine experience and experience imagination.

As a poet who has also made films, I linger in the space between image and word. My aesthetic here is something of an ethic: how light a footprint — or rather voiceprint — can I have? How much to ruffle the texture and flow of language in the universe — rhythmically — to strike a sound wave in the inner ear of someone out there, or to flash an image onto the inner screen of that unknown reader or viewer?

What poem could ring like a bell? Fall out of its transparent container whole and then disappear?

Finally, as someone who grew up with two mother tongues, when I came across this passage by Nobel-Prize winning poet Tomas Tranströmer, it resonated with me:

“Let me sketch two ways of looking at a poem. You can perceive a poem as an expression of the life of the language itself […] Another, and contrary, view is this: the poem as it is presented is a manifestation of another, invisible poem, written in a language behind the common languages.”

I hope these Invisible poems resonate with you, too.

Vasiliki Katsarou grew up Greek American in Jack Kerouac’s hometown of Lowell, MA. She has also lived in Paris, France, and Harvard, MA. A Geraldine R. Dodge poet who read in the 2014 Dodge Poetry Festival, Vasiliki is also an independent curator, sometimes filmmaker, and currently a teaching artist at New Jersey’s Hunterdon Art Museum. She holds an undergraduate degree in comparative literature magna cum laude from Harvard University and a Master of Fine Arts from Boston University. She is the author of a full-length poetry collection, Memento Tsunami, and a chapbook, Three Sea Stones (Lucia Press, 2020). She is also co-editor of two contemporary poetry anthologies with Ragged Sky Press: Eating Her Wedding Dress: A Collection of Clothing Poems and Dark as a Hazel Eye: Coffee & Chocolate Poems.