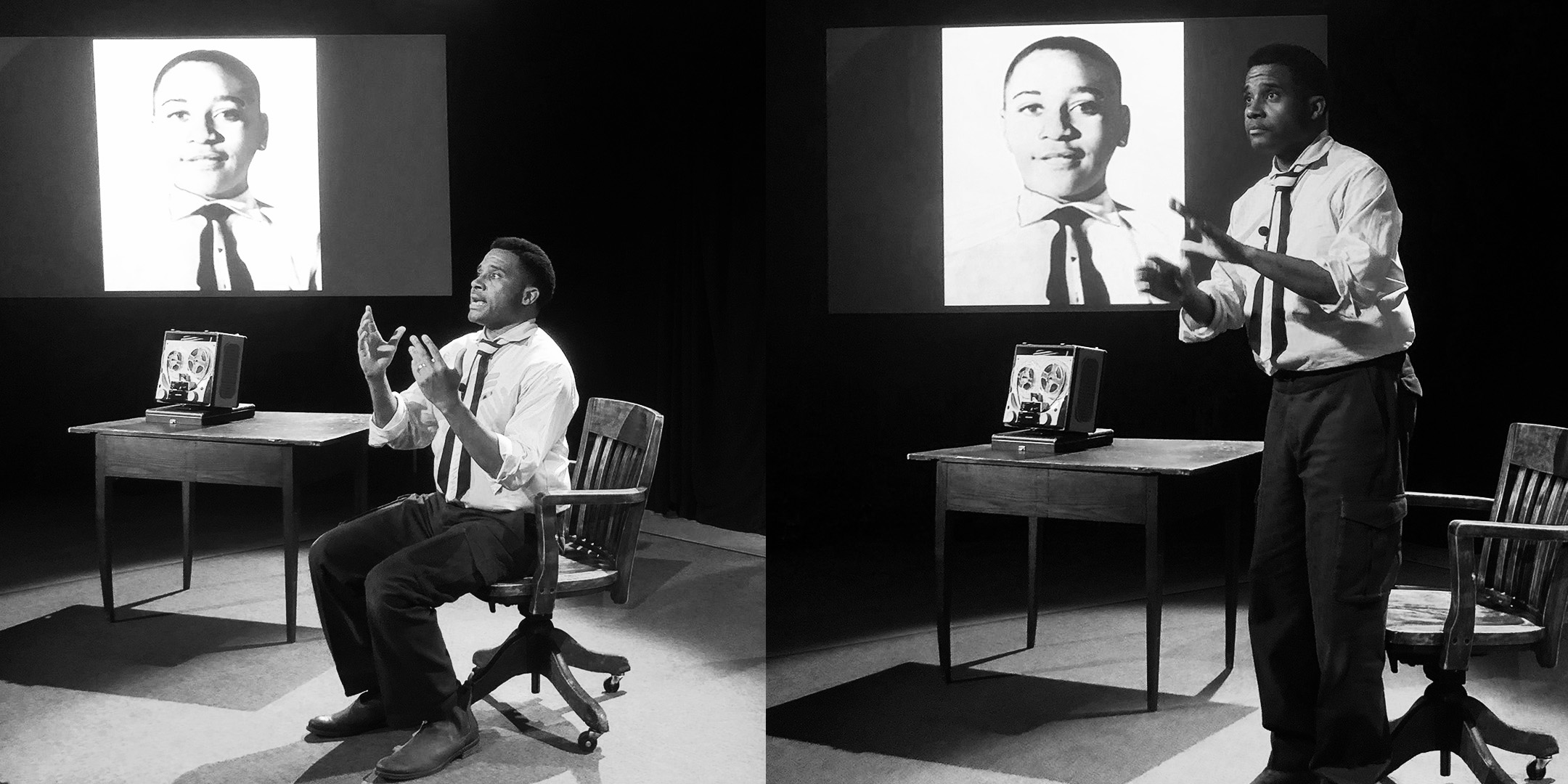 Please join us for Dar He: The Story of Emmett Till, a one-actor, 36 character play about one of the most infamous murders of the Civil Rights Era.

In 1955, a 14-year-old black Chicago youth traveled to the Mississippi Delta with country kinfolk and southern cooking on his mind. He walked off the train and into a world he could never understand — a world of thick color lines, of hard-held class systems and unspeakable taboos. Young Emmett crossed that line and stepped into his gruesome fate by whistling at a white woman. Through conversations with a Look magazine journalist, Emmett’s mother and others caught up in the events that led to Till’s devastating fate, this riveting, one-actor, multiple-character original play written and performed by Mike Wiley and directed by Serena Ebhardt, chronicles the murder, trial and unbelievable confessions of the men accused of Till’s murder. This performance is recommended for ages 12 and up.

“Dar He Is The Best of the Best… a devastating dramatization of one of the most infamous murders of the Civil Rights era… so packed with intense, tight characterizations and creatively portrayed locales that we were rapt from the very first word. Those first words are spoken by Look reporter William Bradford Huey, as he begins to tell us what he learned from the men responsible for the death of 14-year-old Emmett “Bo” Till. Wiley is a marvel to watch as the characters he portrays appear and disappear before us. Wiley recreates Till, Huey, and all of the other characters with a depth and clarity that make each one readily identifiable, and as distinct as an entire cast of players could make them.” – Robert McDowell, Triangle Theatre Reviews