The Past is Prologue

Vernacular Photography, Pop Photographica, and the Road to Selfie Culture

ArtYard is pleased to present The Past Is Prologue: Vernacular Photography, Pop Photographica, and the Road to Selfie Culture, an exhibition featuring vernacular photography from the collections of Daile Kaplan, W.M. Hunt, Nigel Poor, Pete Brook, and Cynthia Elyce Rubin, with original works by Marcia Lippman and Cassandra Zampini.

From serious concerns to exorcism of the frivolous, TDOUP distills our different experiences and priorities—a portrait of a man who’s death spurred the only time a daughter saw her father cry; an engagement ring from a union that never materialized; photos of family abusers follow those of rancid chocolate; bad pics of the moon or the street; blurry photos of friends; the last photo before alcohol-eradicated memory took hold; Polaroids with emotional burden too heavy to carry; embarrassing clichés, cringeworthy selfies; photos of an IVF clinic and of the pogo-stick world record; accidental but beautiful prints made by misfiring processors; haunting images of soon-to-die parents; and a photo from the crowd of the 2013 Boston Marathon hours before the terror attack at the finish line. The interrelation of the images is as unpredictable as the motives for their original submission.

The Depository Of Unwanted Photographs is an unpredictable interrogation of quality that crucially is made by the public, not by the dominant voices of those in the media or culture industries. Which single photograph would you state, on the record, as unwanted?

I am fascinated that the print has survived its own unique history of having been archived and overlooked or neglected then surfacing more than a half century later on eBay or in a flea market. The “whos”, etc., are lost. We get to consider the image for itself, not for any information such as identities of persons in the pictures or names or significances of the events. The photographs on view here are drawn from my Collection Dancing Bear and Collection Blind Pirate: the former “magical heart-stopping images of people in which their eyes are obscured” and the latter, American groups before 1950.

SAN QUENTIN ARCHIVE PROJECT
From the collection of Nigel Poor

In 2012, I gained access to an unexplored archive of historic negatives taken at and housed inside San Quentin State Prison. I am curating this uncharted archive of thousands of 4×5” negatives…The archive itself is an exhaustive document of prison life. The thousands of 4×5” negatives were taken between 1948-1987 and as noted above, they were taken as a means of documenting events; they had official purpose and were not meant to be interpretive or creative. But, of course, every photograph taken has a point of view and the photographer, whether he or she is conscious of it or not, creates meaning in an image simply by the power of placing a frame around the world. A correctional officer photographing a murder, suicide, escape attempt or prison wedding is no different.

MOTHER, MYSELF
By Marcia Lippman

Rilke said that creating something is nothing but a profound act of remembrance. Mother, myself is such a remembrance. It is a universe of art and artifact, comprised of both family and found photographs, tracing the gestures of the search for my birth mother. The absence of a birth mother creates a powerful sense of longing and yearning. It is a primal wound, some part of which stays forever embedded in one’s psyche. Finding one’s mother is crucial to identity, but so is the search itself. As an artist, and only with the wisdom of age, have I come to understand that it was this very longing which shaped and authored my artistic life.

DATE OF INJURY
A collection of vintage medical X-rays from the 1930s and 40s. Assembled by Elsa Mora

Vernacular photographs acquired on eBay are sewn in chronological order from the advent of everyday photography in the early 20th  Century to the threshold of the gallery housing  Cassandra Zampini’s frenetic present moment Instagram installation. Assembled and sewn by Ulla Warchol and Kate  Lambdin.

BING, BANG, BOOM, POP!
THE EXUBERANCE OF PHOTOGRAPHY’S OBJECTS
From the collection of Daile Kaplan

Today images are appearing on a variety of items that illustrate a disparate mix of fashion and kitsch, upscale good and utilitarian artifact, homemade or commercially manufactured. The objects selected for this exhibition, which are a joyful display of photography’s long interest in popular expressions, revisit how the medium changes to reflect personal notions of style, beauty and comfort.

This album commemorating one year in the life of a nine-year-old girl captures the adoring gaze of her intimate circle.  Their eyes have been enlarged, printed on fabric and affixed to the sofa, where visitors are invited to enter her prewar tableau. Visitors are invited to gently peruse the vintage album.

MERCHANT CARNIVAL LADIES
From the collection of Cynthia Elyce Rubin:

A folk art historian and passionate collector of vernacular photography, I was immediately drawn to the American phenomenon of the Merchant Carnival Lady. Intended to promote individual merchants mainly in the 1880s and 1890s, the self-taught seamstress turned folk artist used her instinctive originality to produce a dress and accessories of hat and banner to advertise a particular store. Working in tandem with the merchant who supplied items, she concocted an inspired ensemble to booster trade…By 1900, however, interest in this form of entertainment waned. With rapidly changing consumer tastes and postal regulations, mail-order giants like Sears, Roebuck and Co. and Montgomery Ward & Co. were taking over the retail market. And so, the Merchant Carnival, popular throughout many states, disappeared. It may have been entirely an unknown event of the past except for those savvy and proud women who did not want their finery to be completely forgotten. They quickly dispatched (before any ephemeral elements could self-destroy) to the local photographer for a studio portrait. Although the bright nuanced palette of fabrics and adornments must be imagined, we are able to view the clever costumes pregnant with meaning solely because of the photographs left behind. These whimsical and dazzling examples of visual folk art, the sign language and advertisements of a faded era, continue to exude the power to astonish, provide humor and seduce.

A popular prop at carnivals and photo studios in early 20th Century photography, the paper moon photo booth presaged the selfie and offered subjects an affordable means of capturing themselves in time while contemplating life on an unearthly plane.

The paper moon photo booth below was designed and constructed by Steve Maiorano for the exhibition. Visitors were invited to take their portraits using their cell phones and cameras.

There are an estimated 24 billion selfies uploaded to the web every year. In her new series Data Mine, Cassandra Zampini has downloaded nearly 3 million selfies and video selfies by using a simple script. After carefully choosing and painstakingly hand-sorting these pictures and videos, she then crops and processes each one and handplaces them side by side. In her new video installation Datastream (30 mins), the individual videos from hundreds of people change out over time as you watch, representing the number of selfies uploaded every two seconds (approximately 1500).

THE PAST IS PROLOGUE NEWSPAPER
Designed by Lucinda Warchol 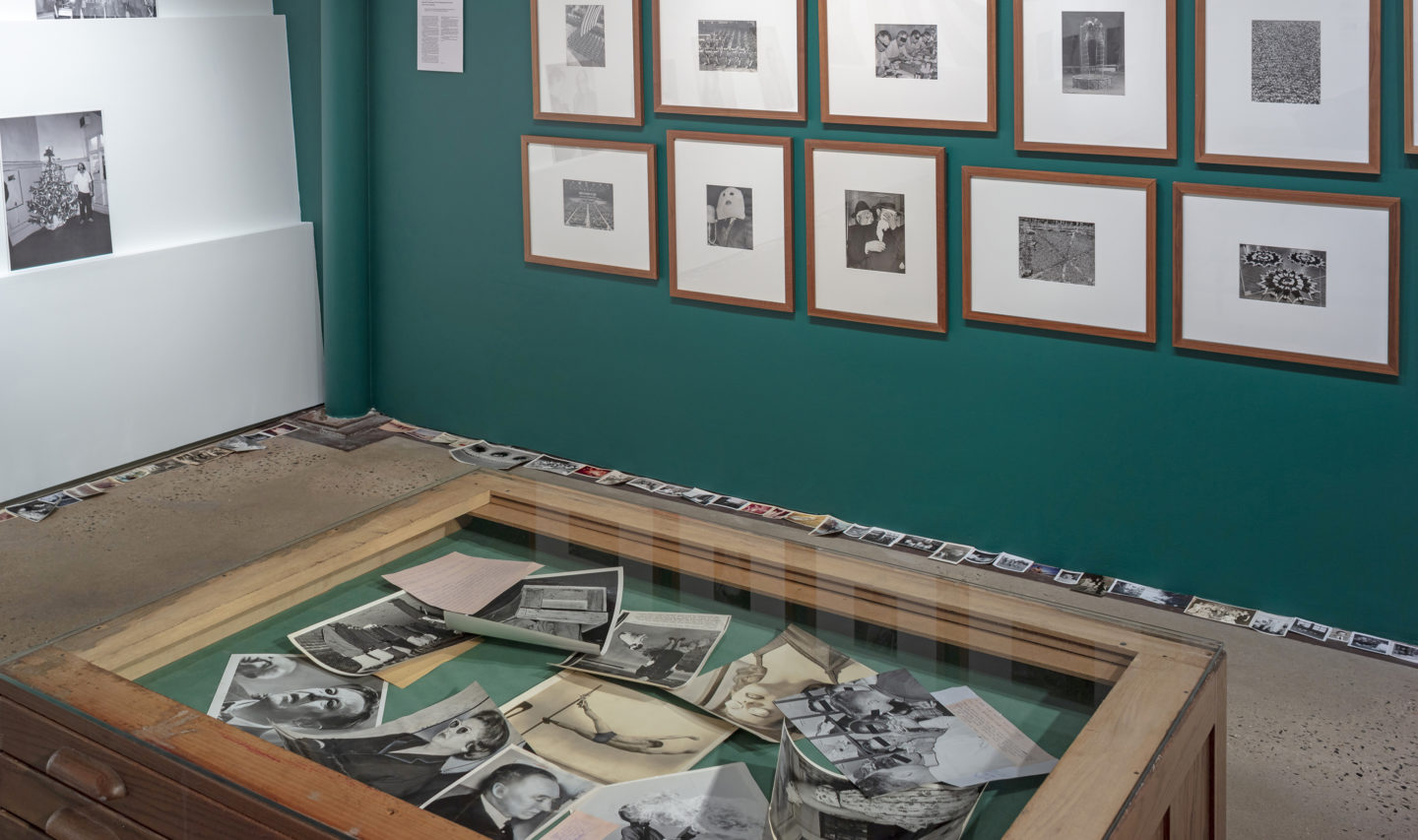 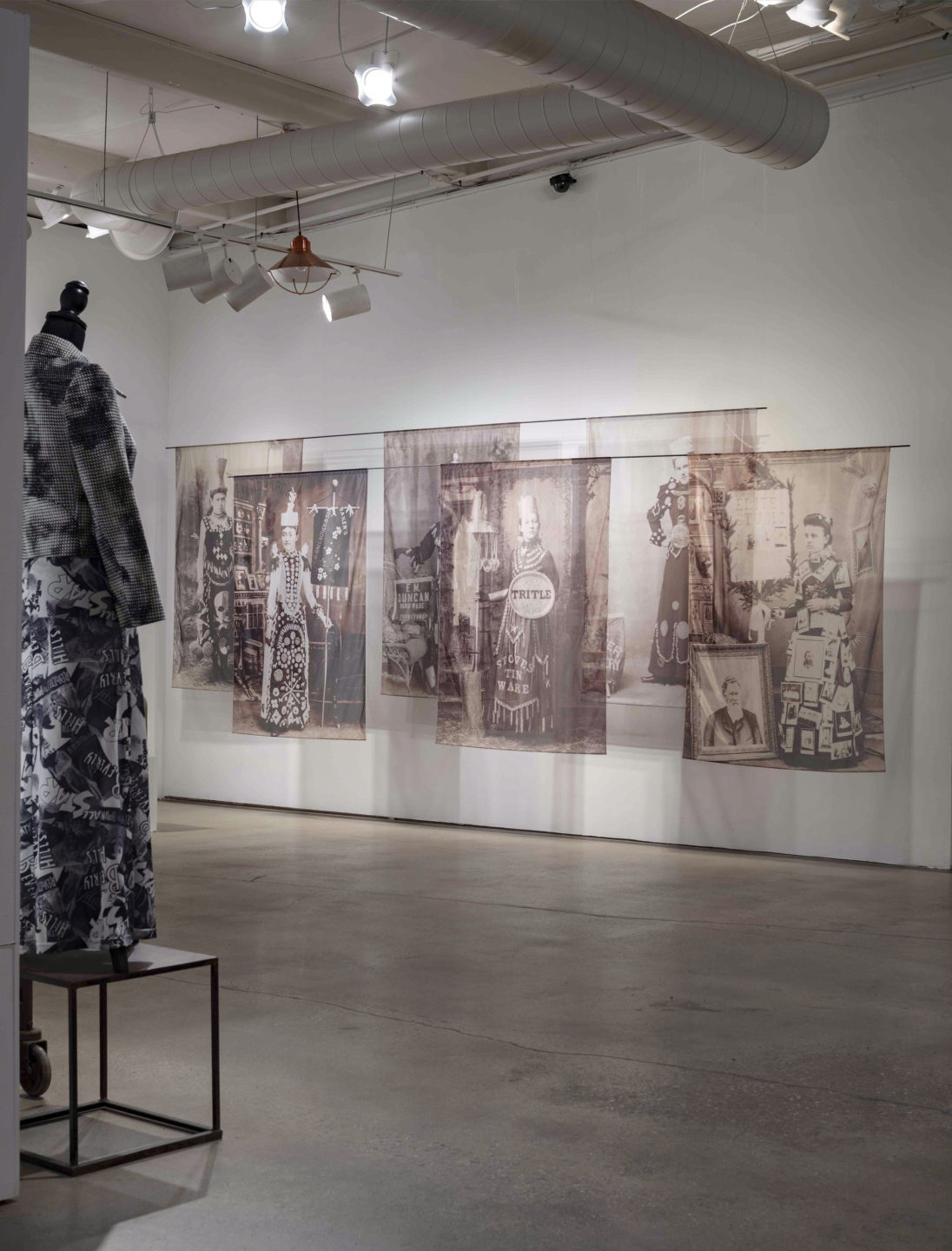 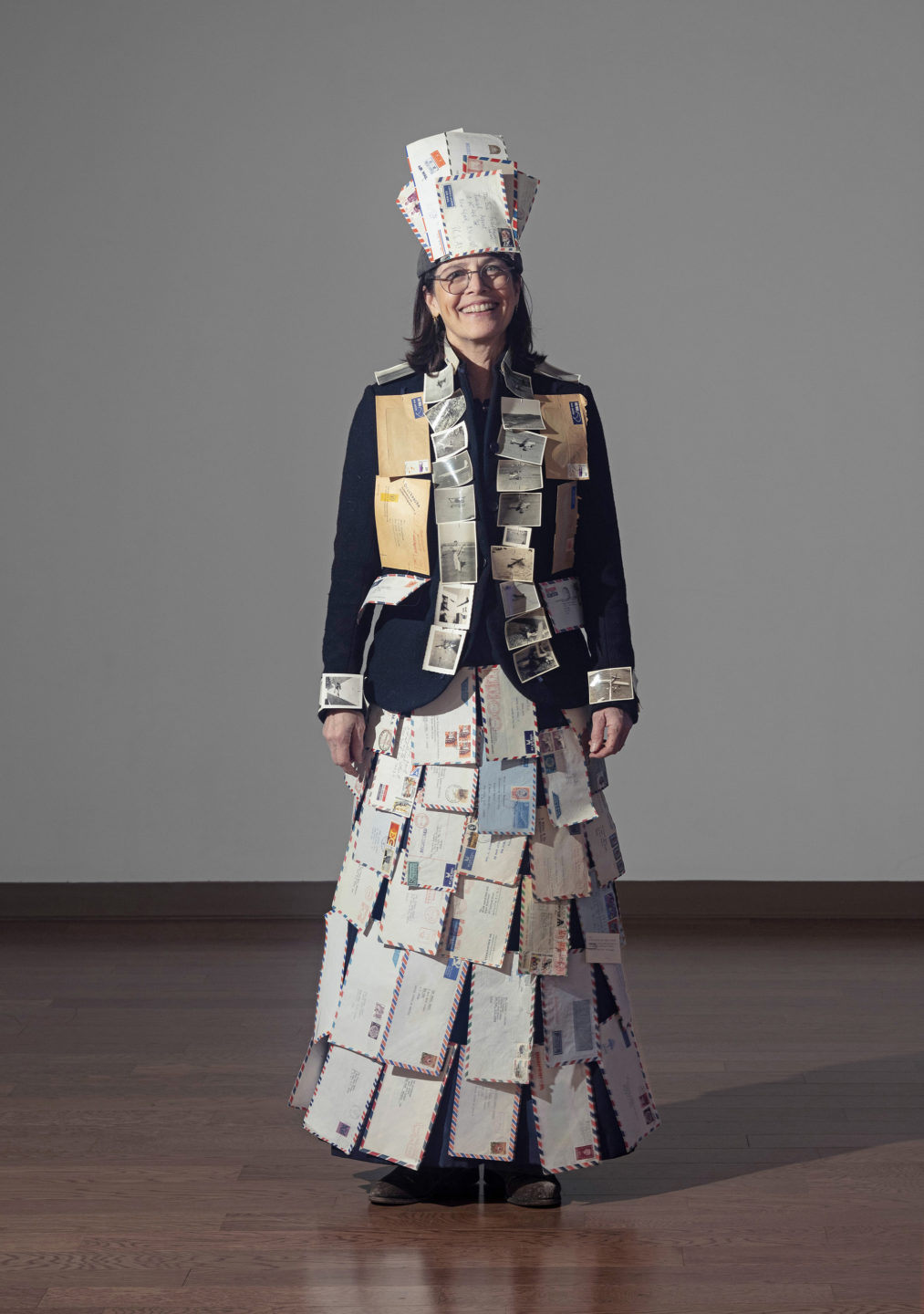 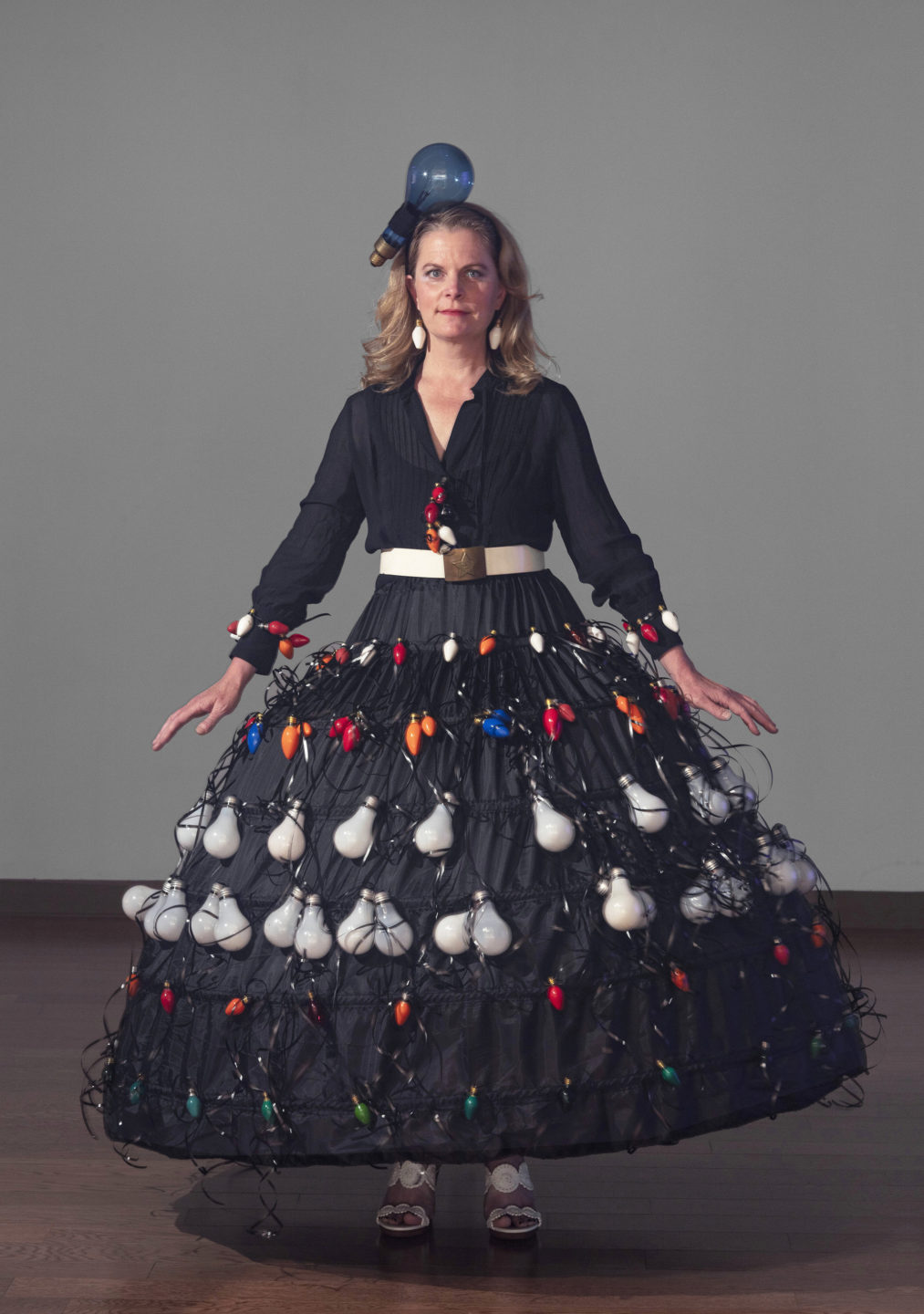 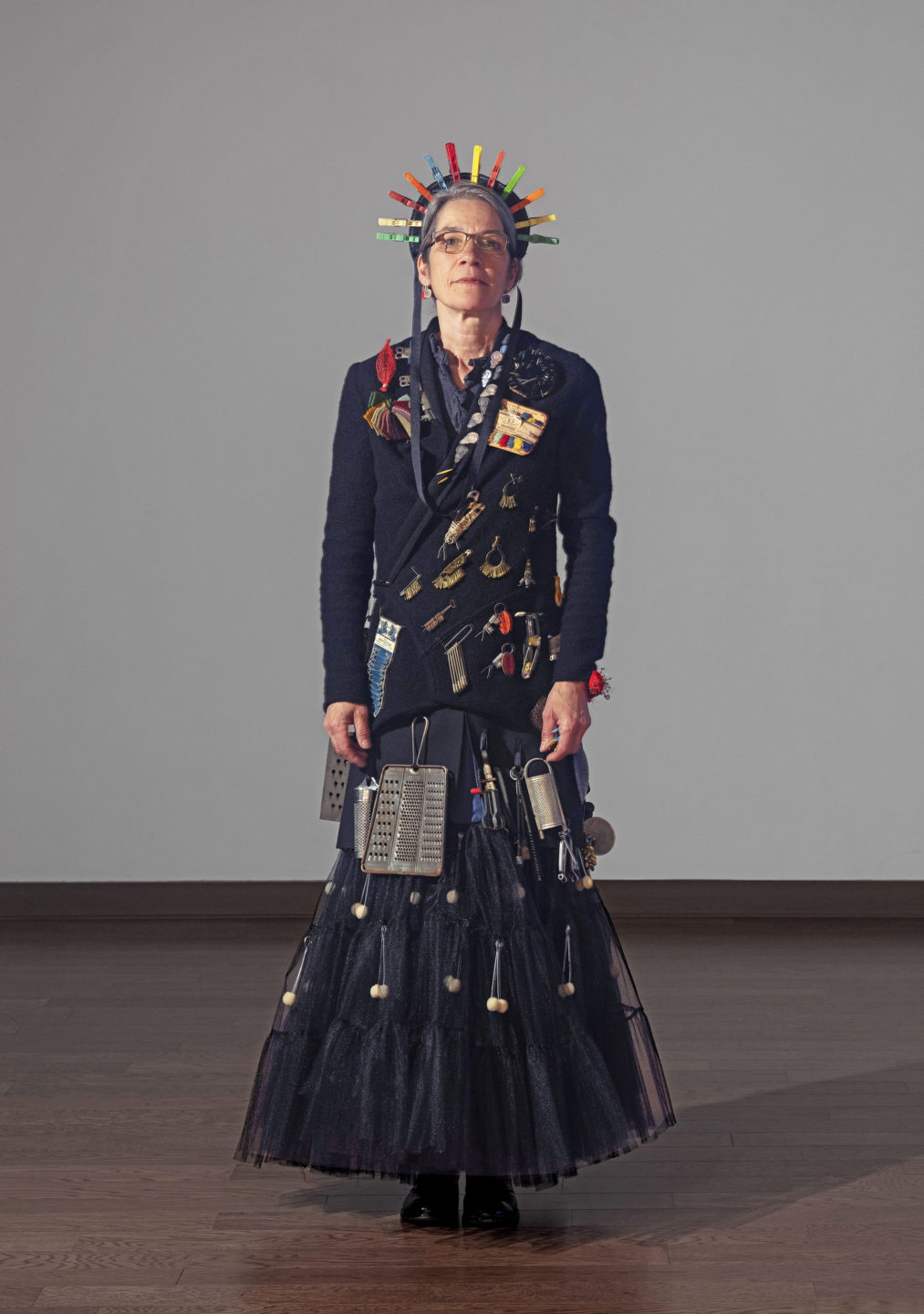 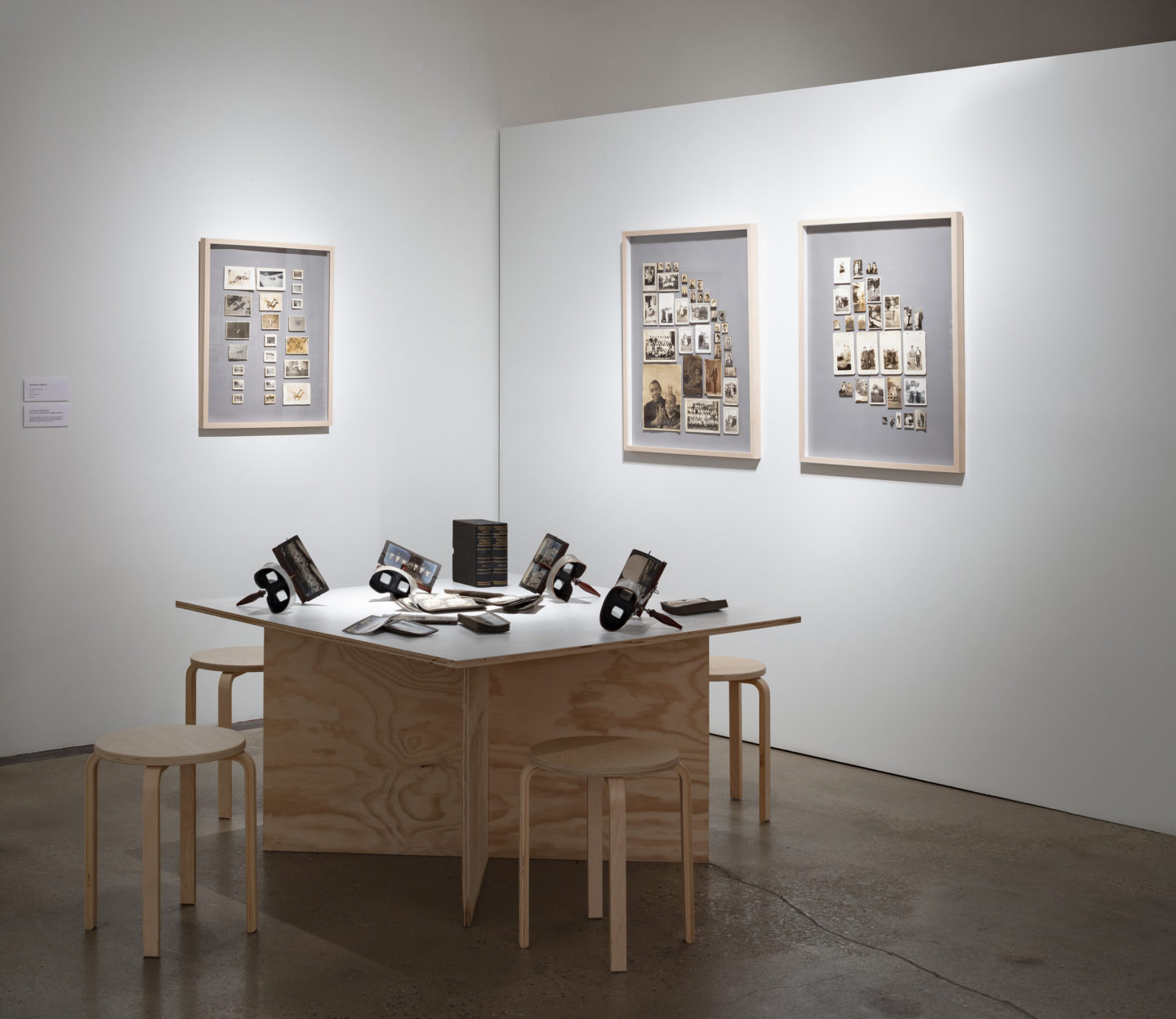 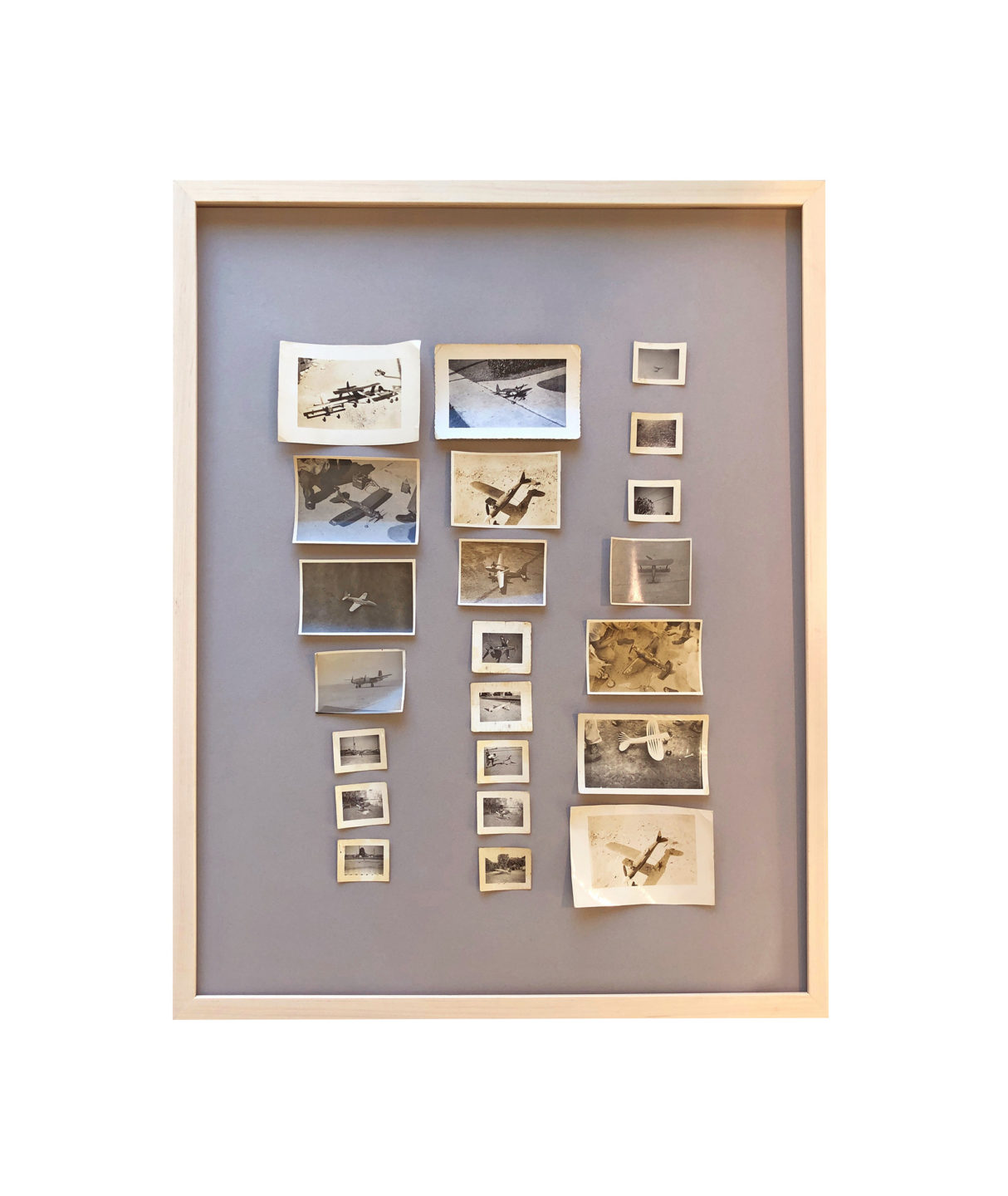 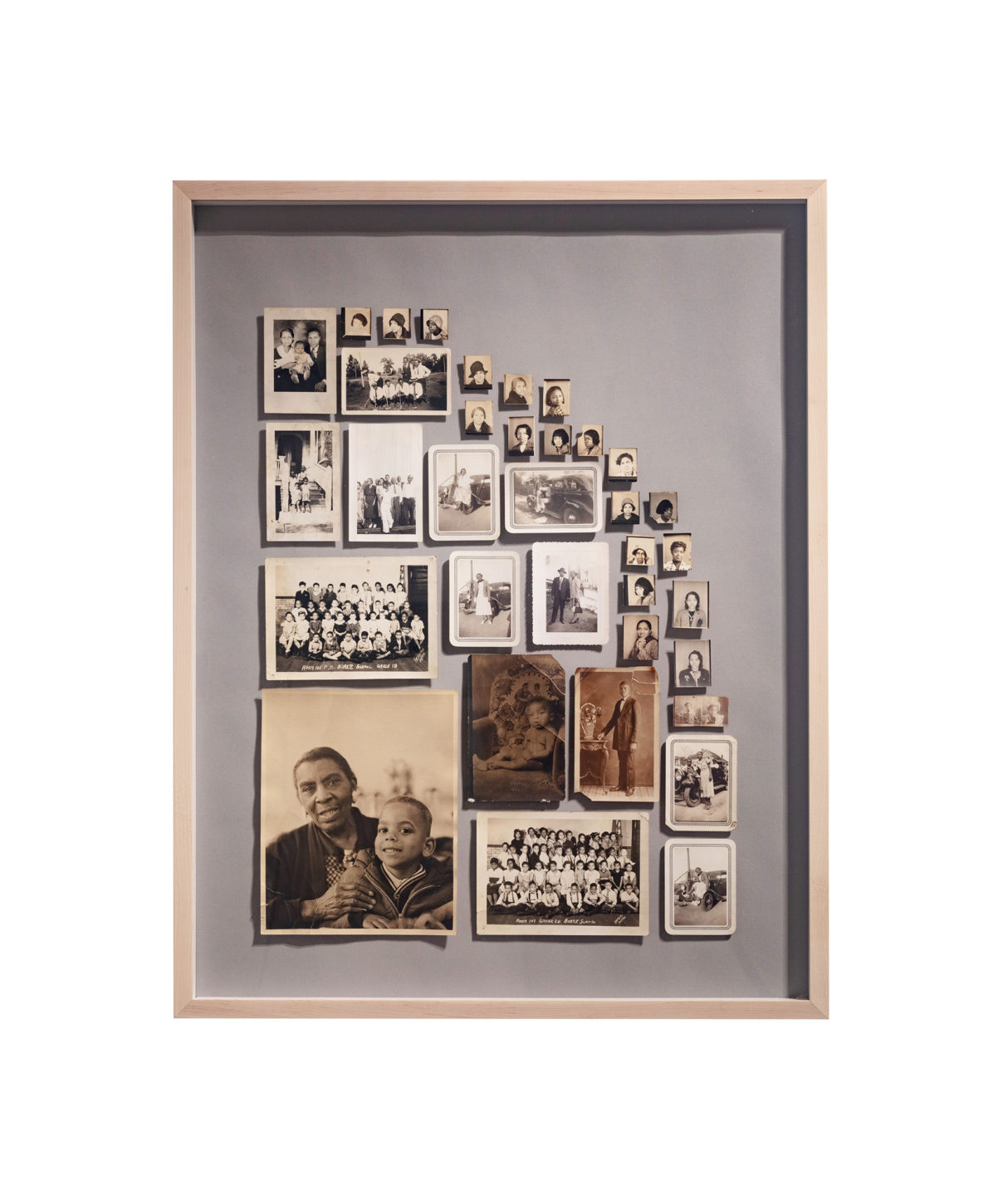 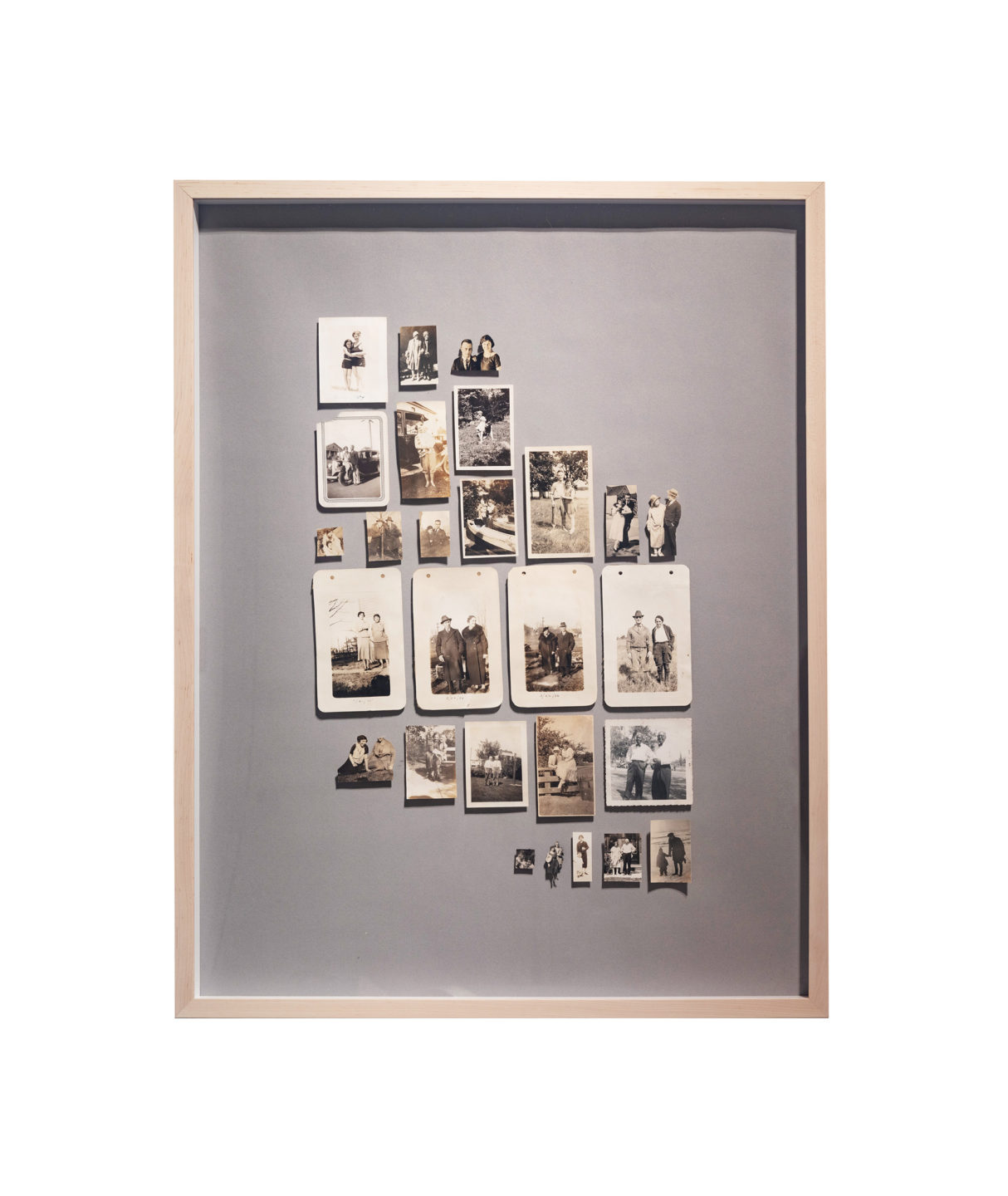 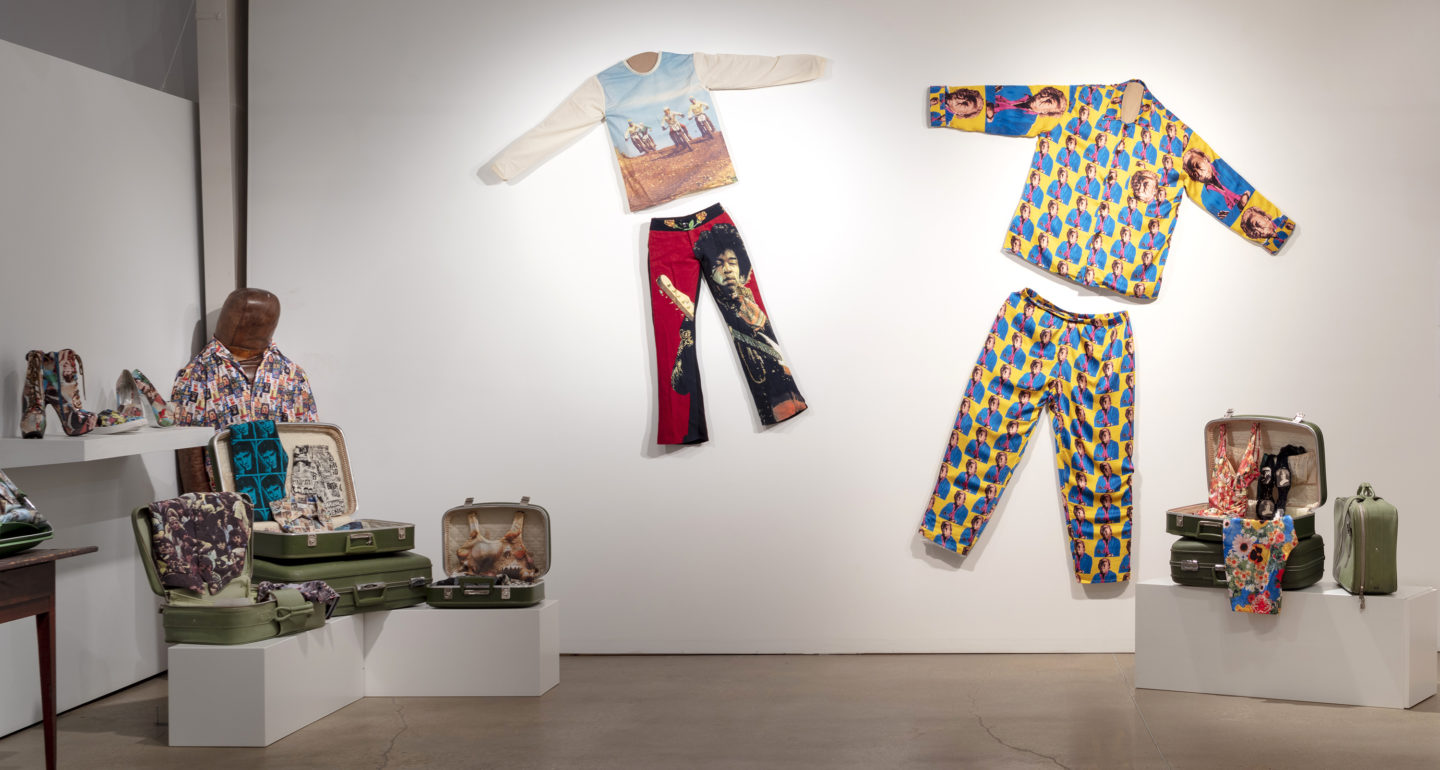 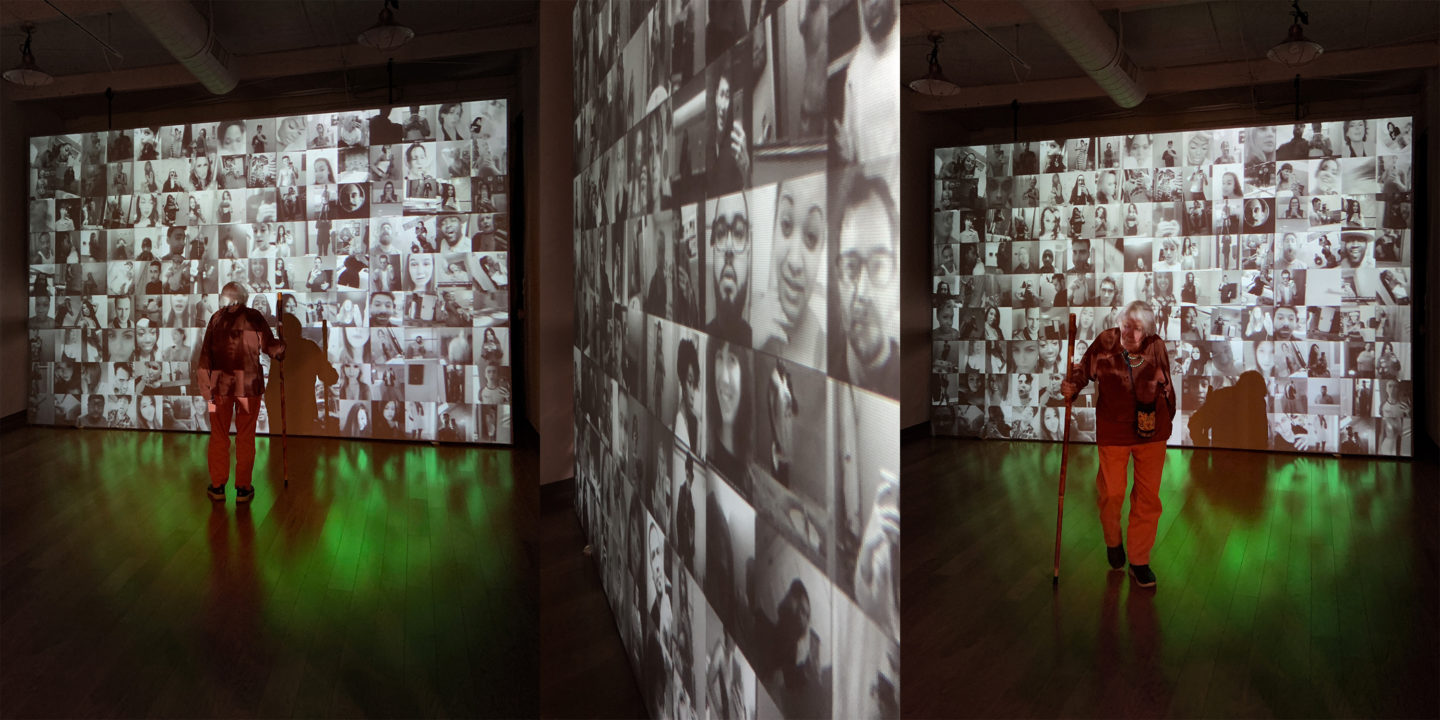 The Depository Of Unwanted Photographs 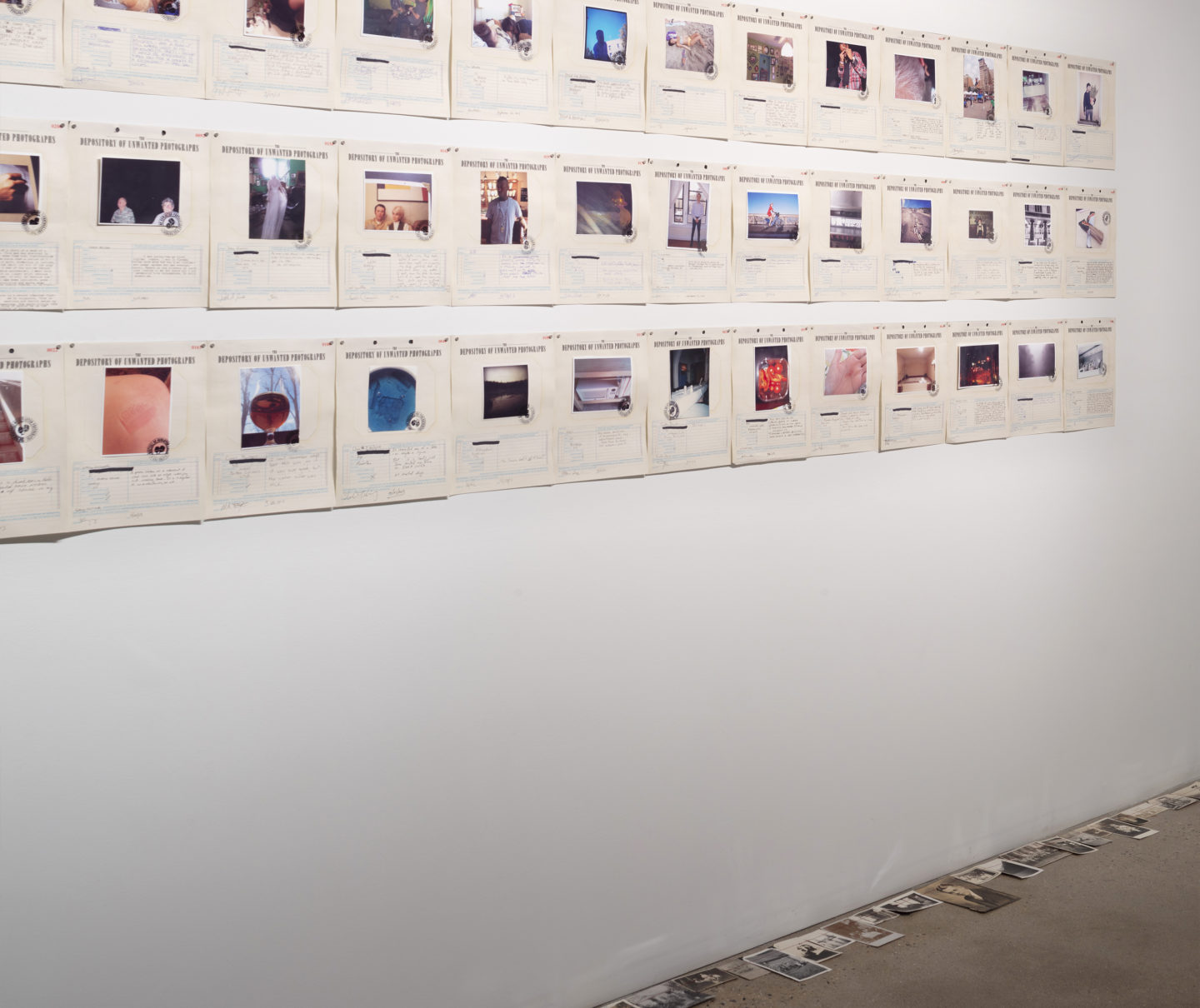 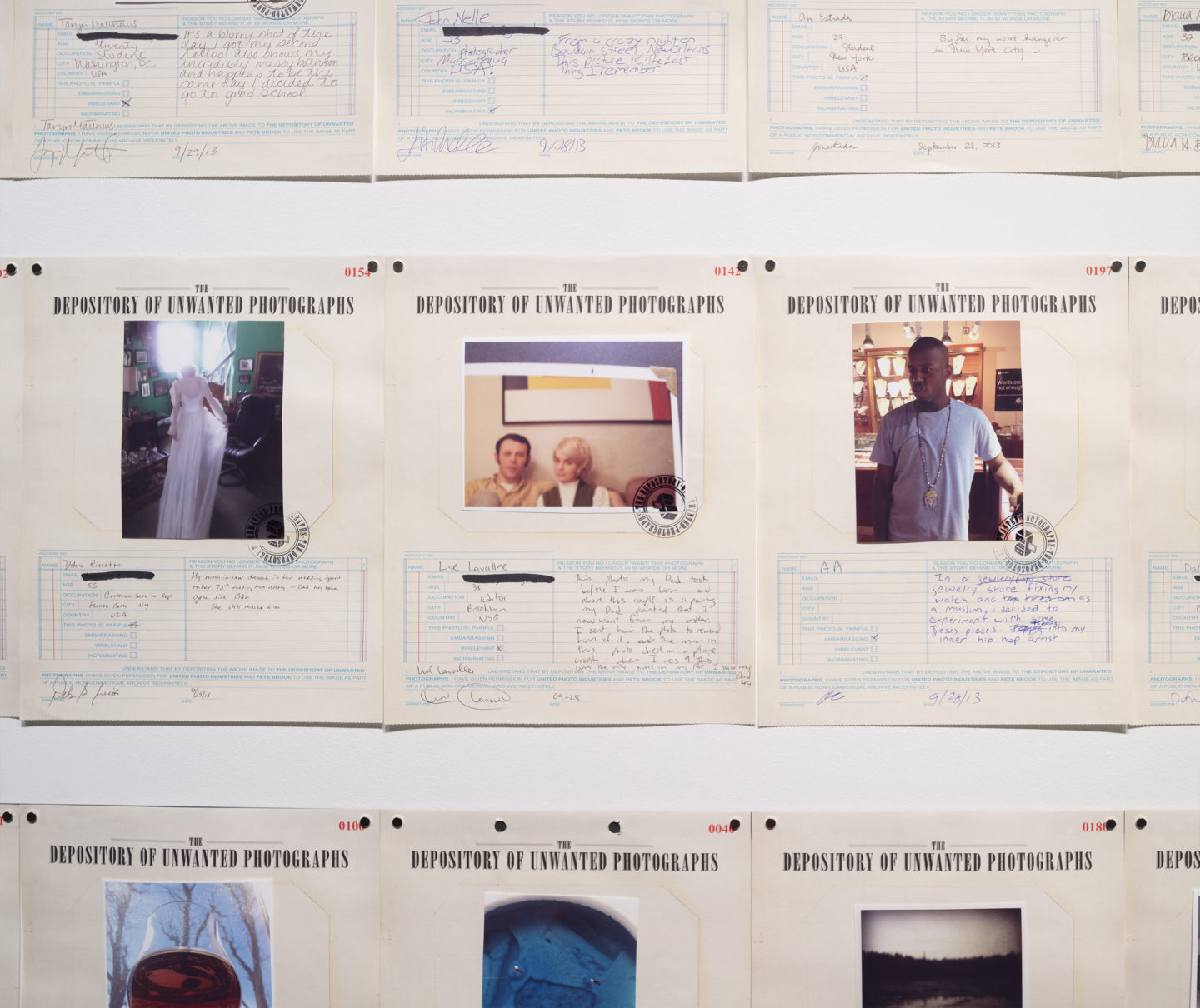 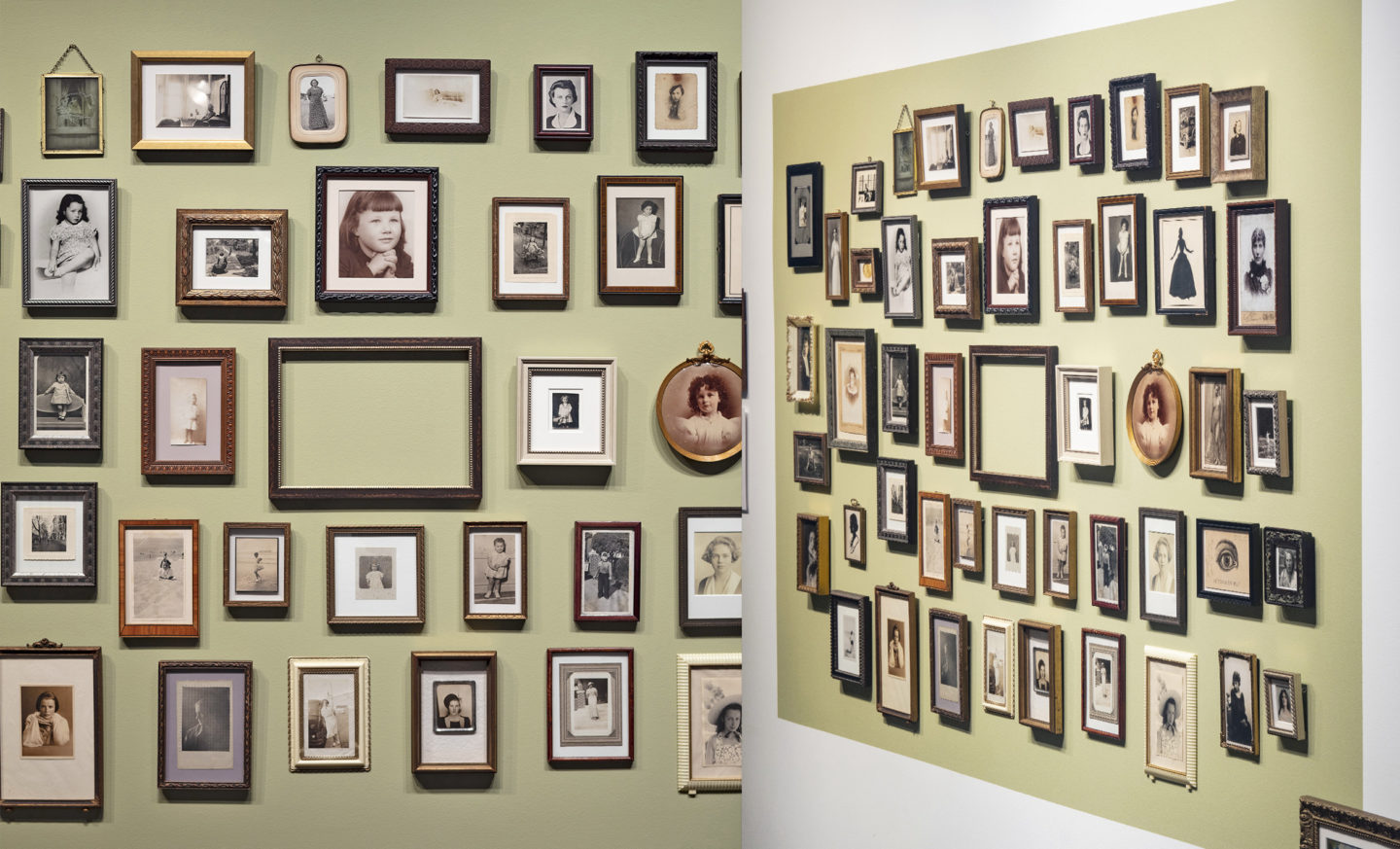 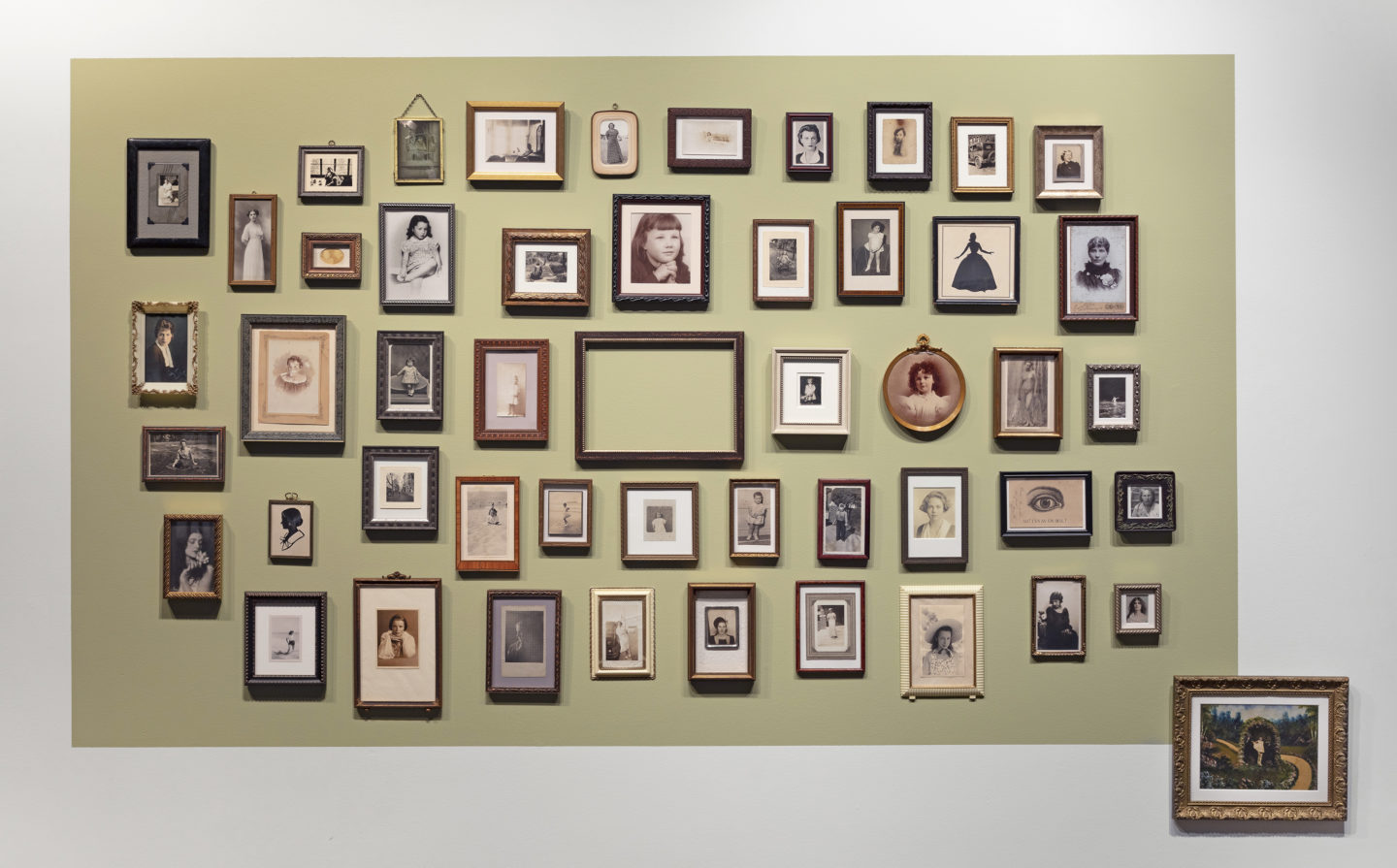 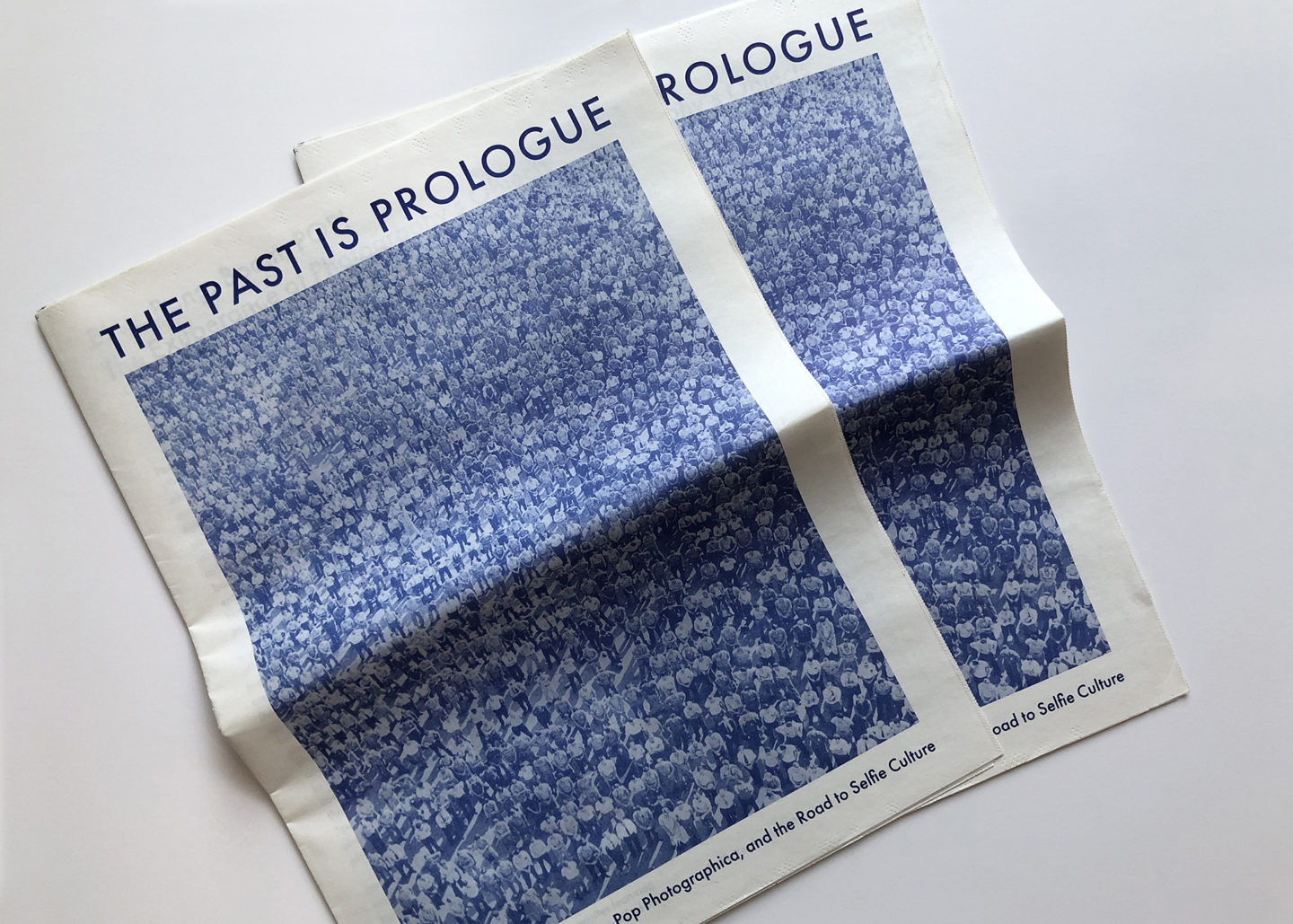 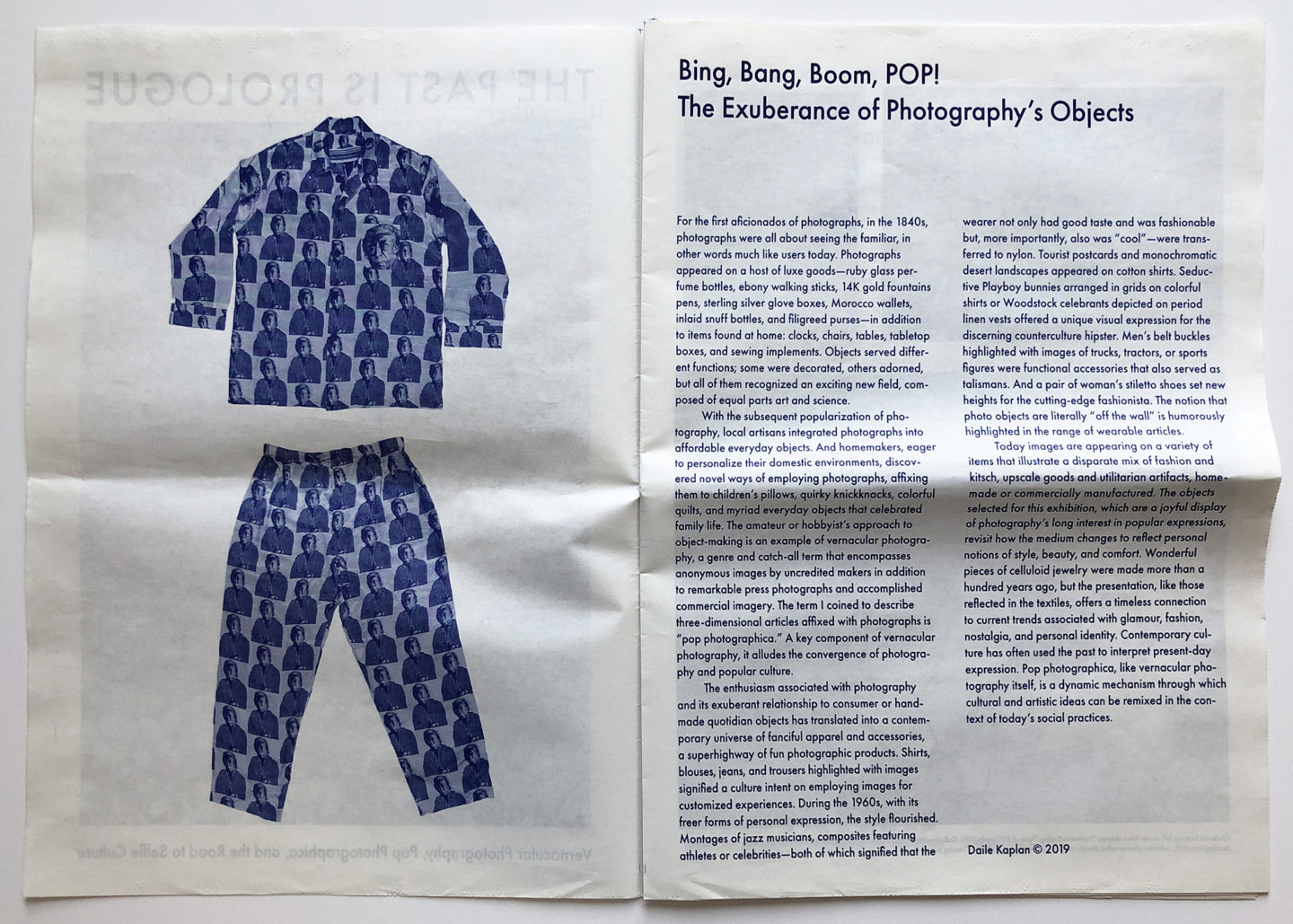 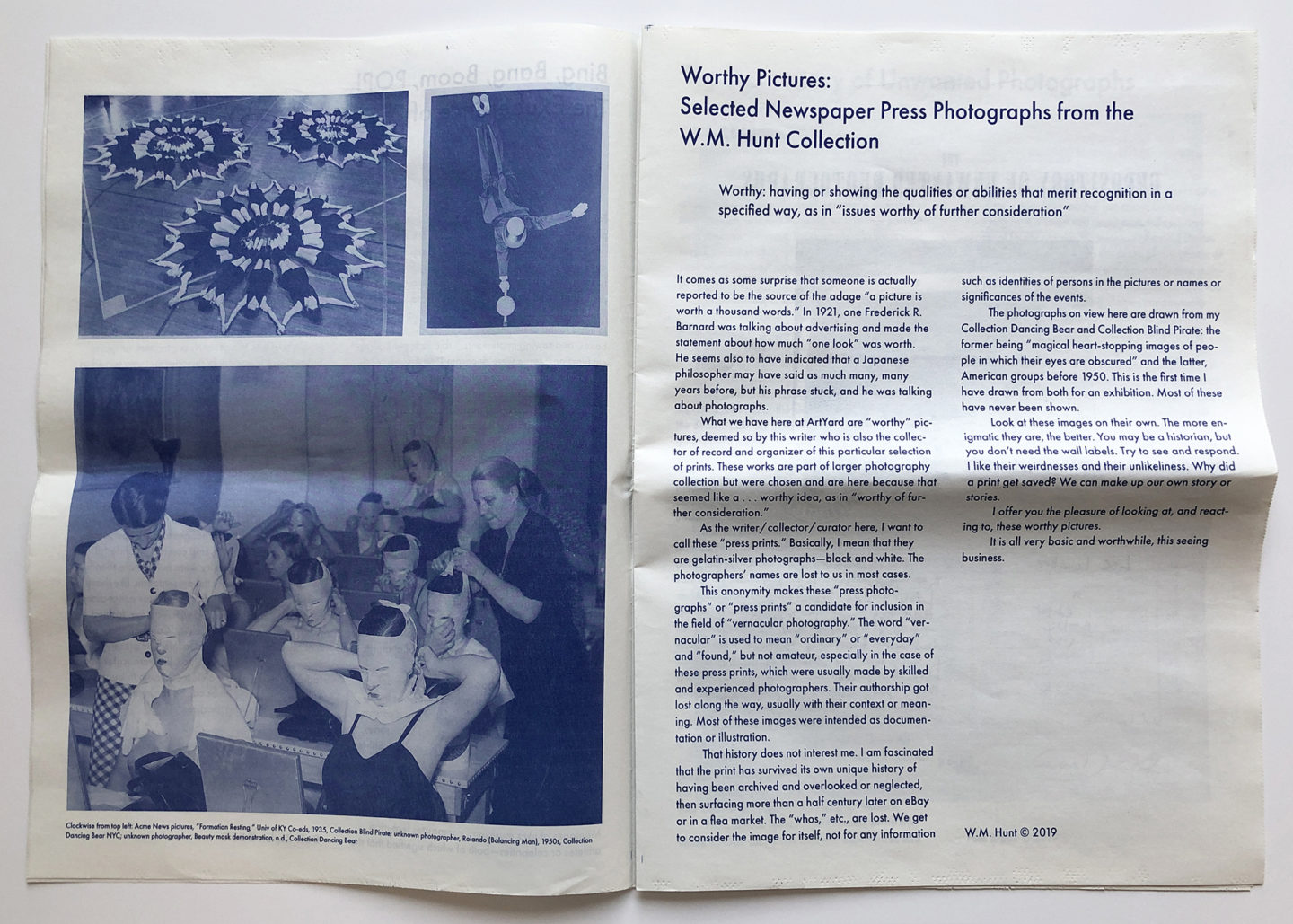 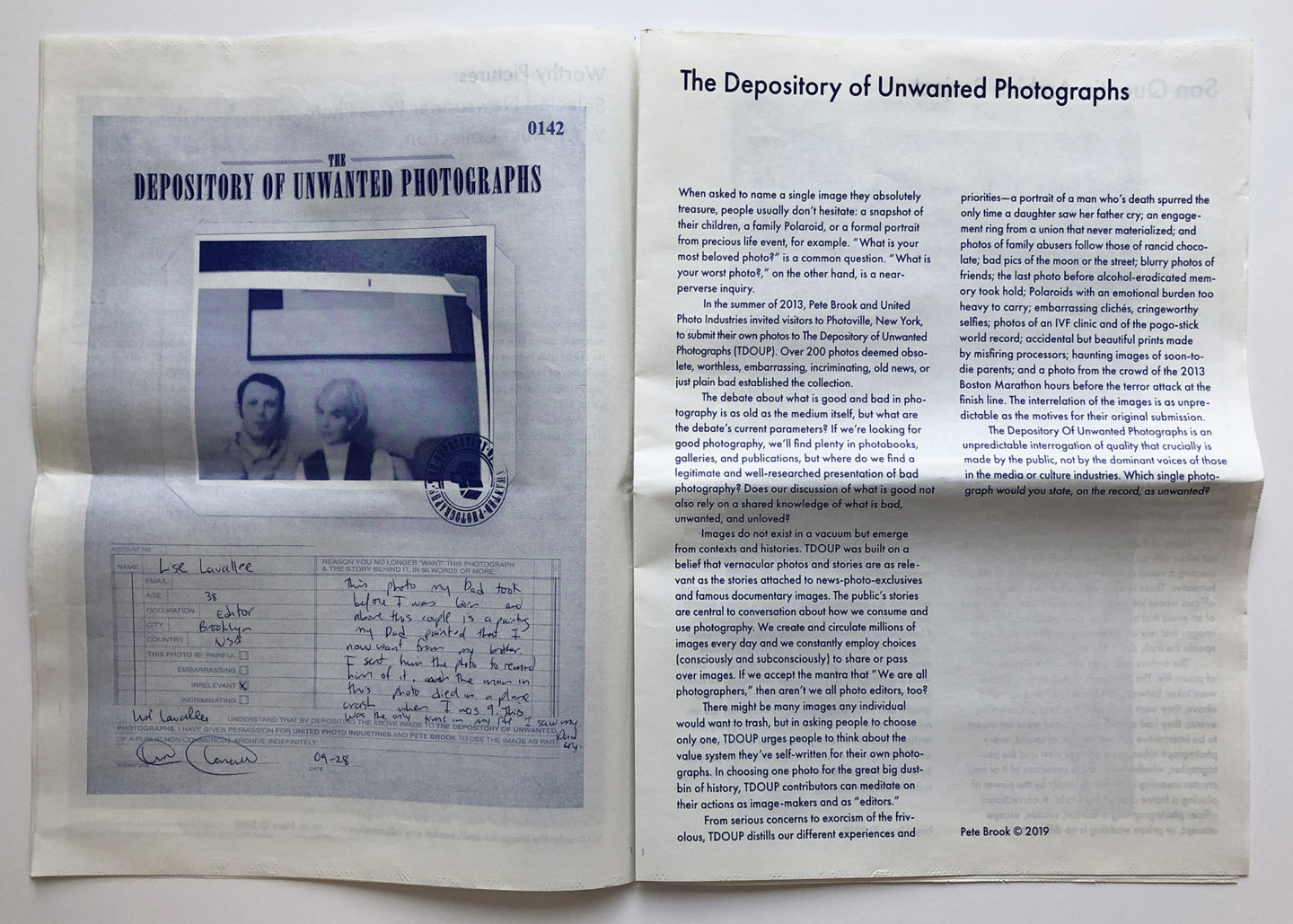 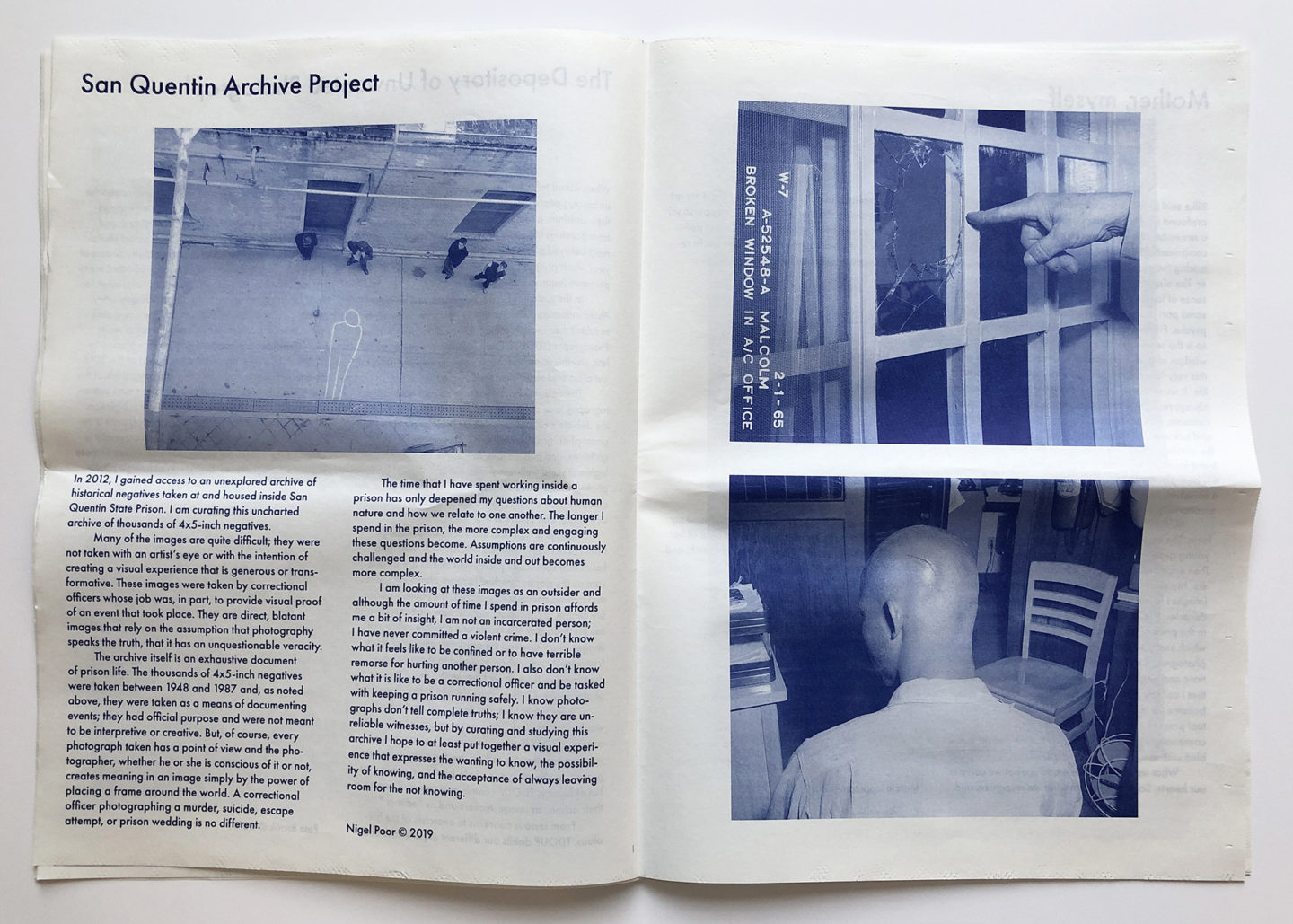 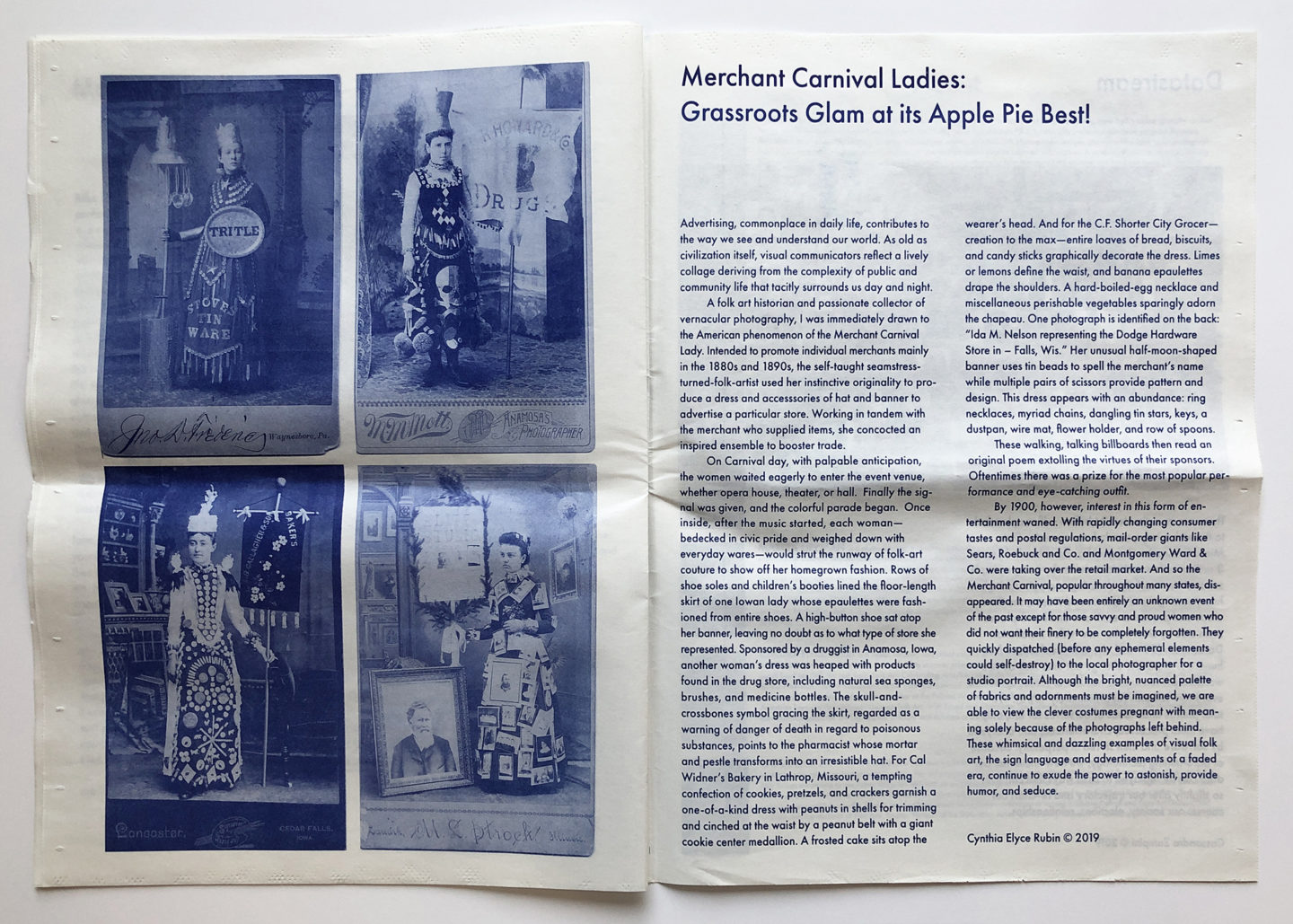 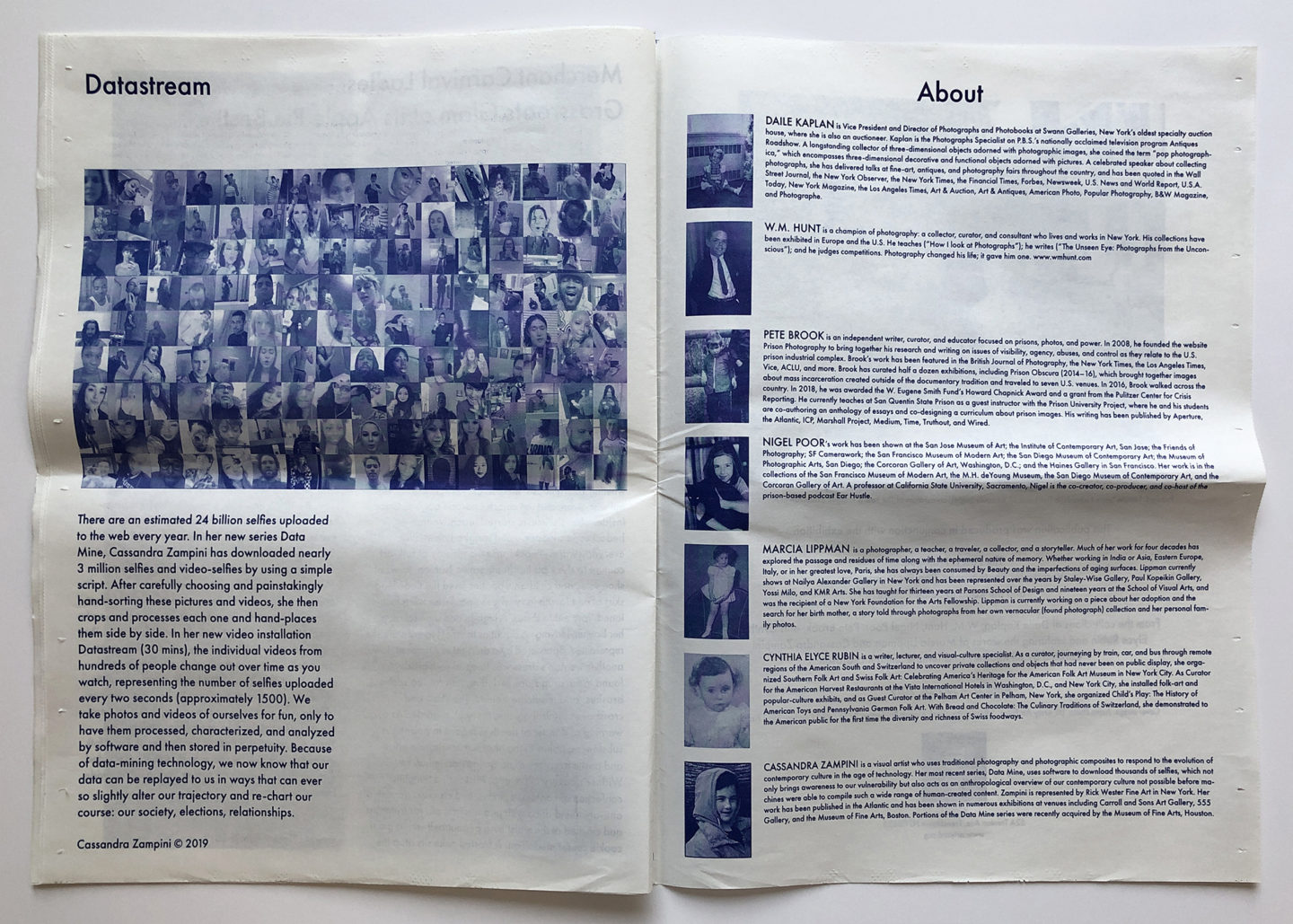 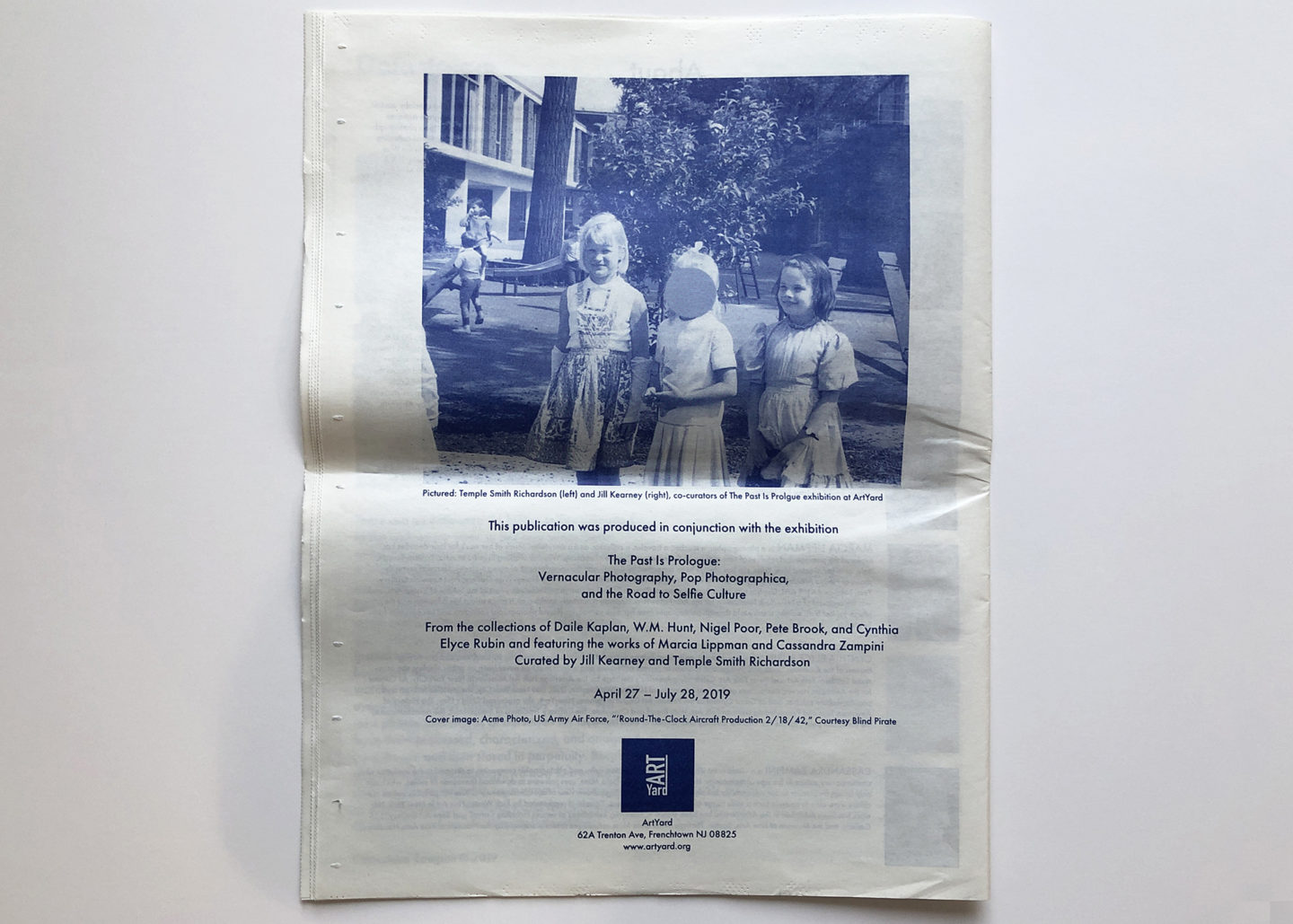 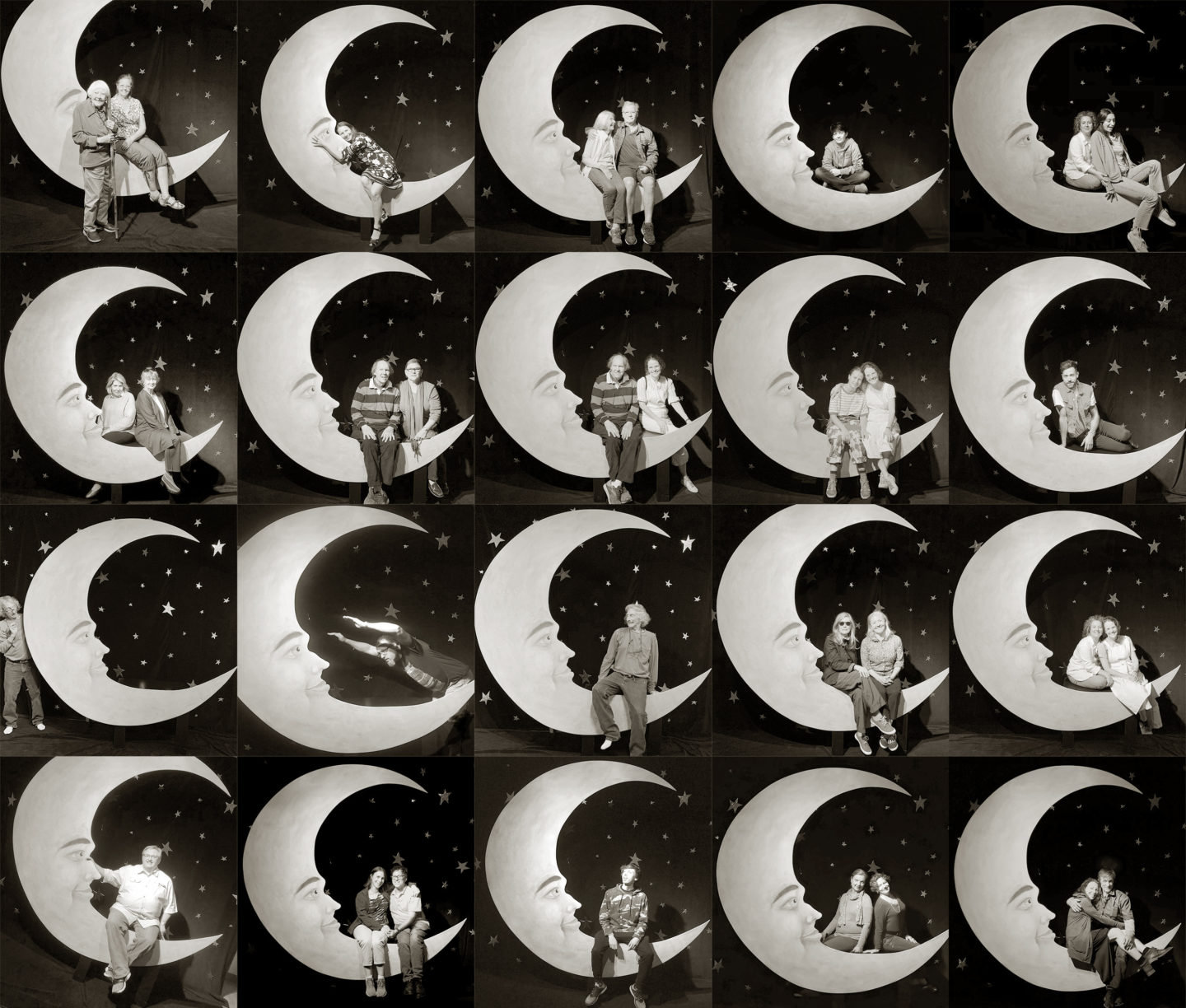 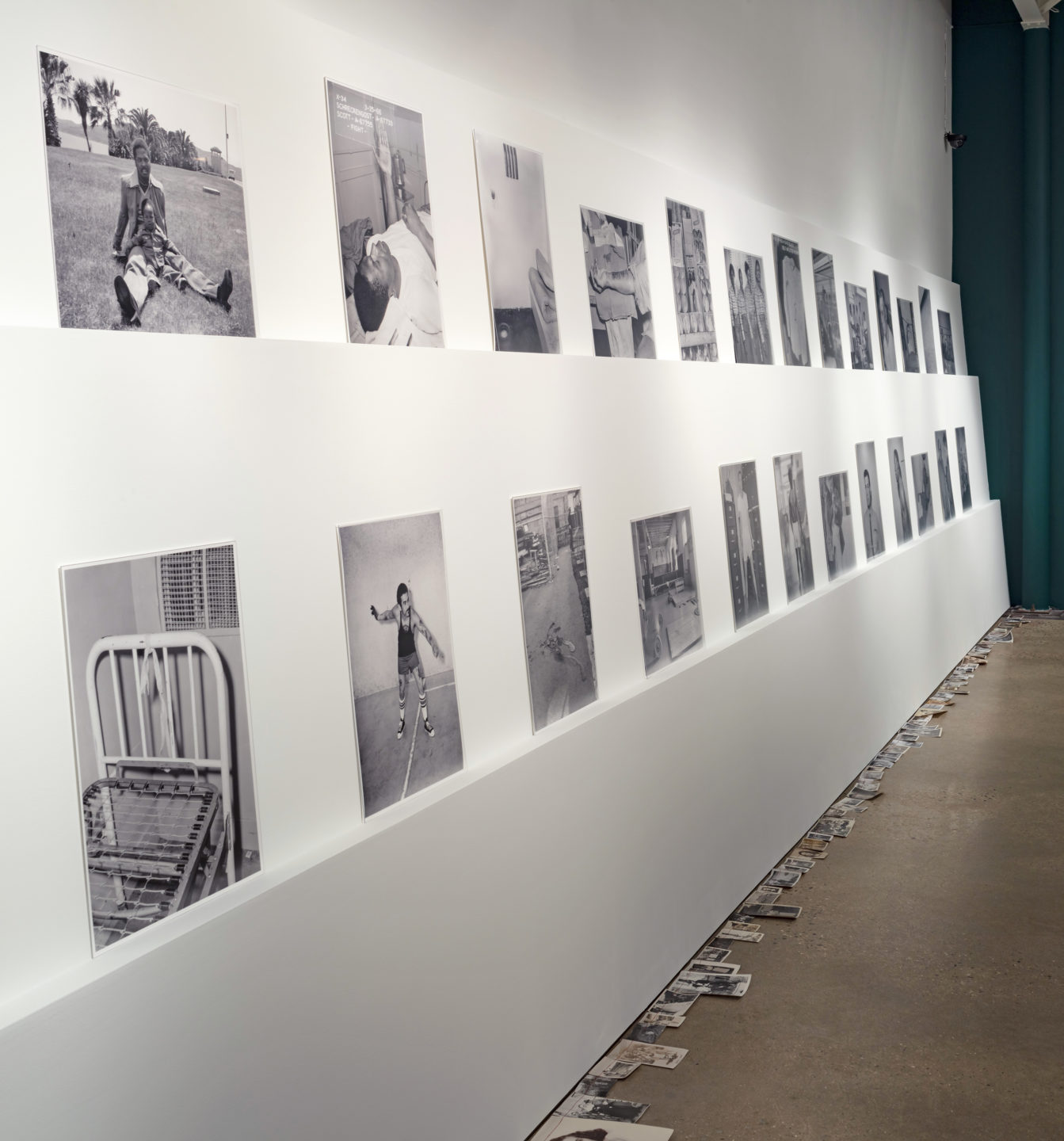 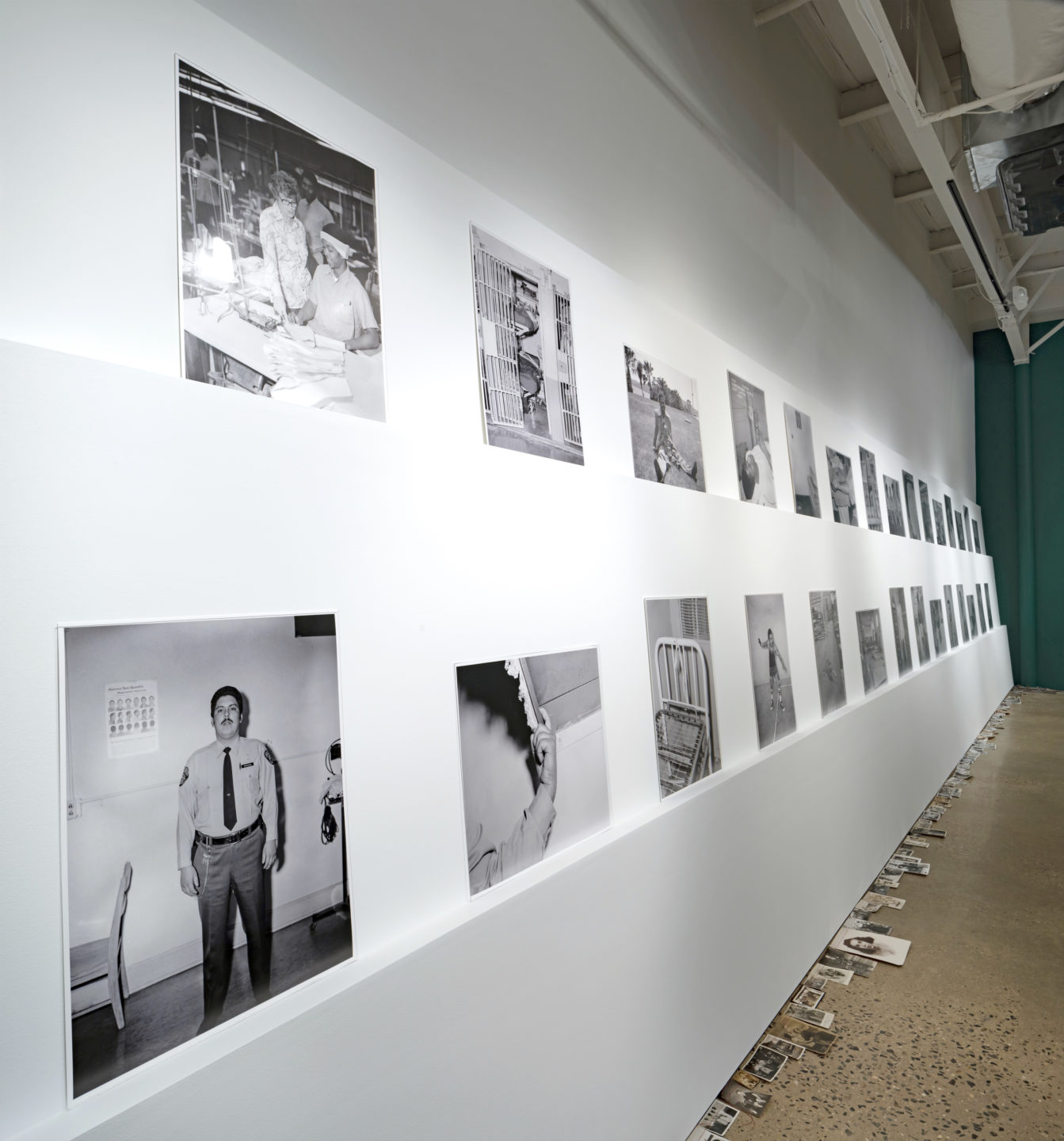 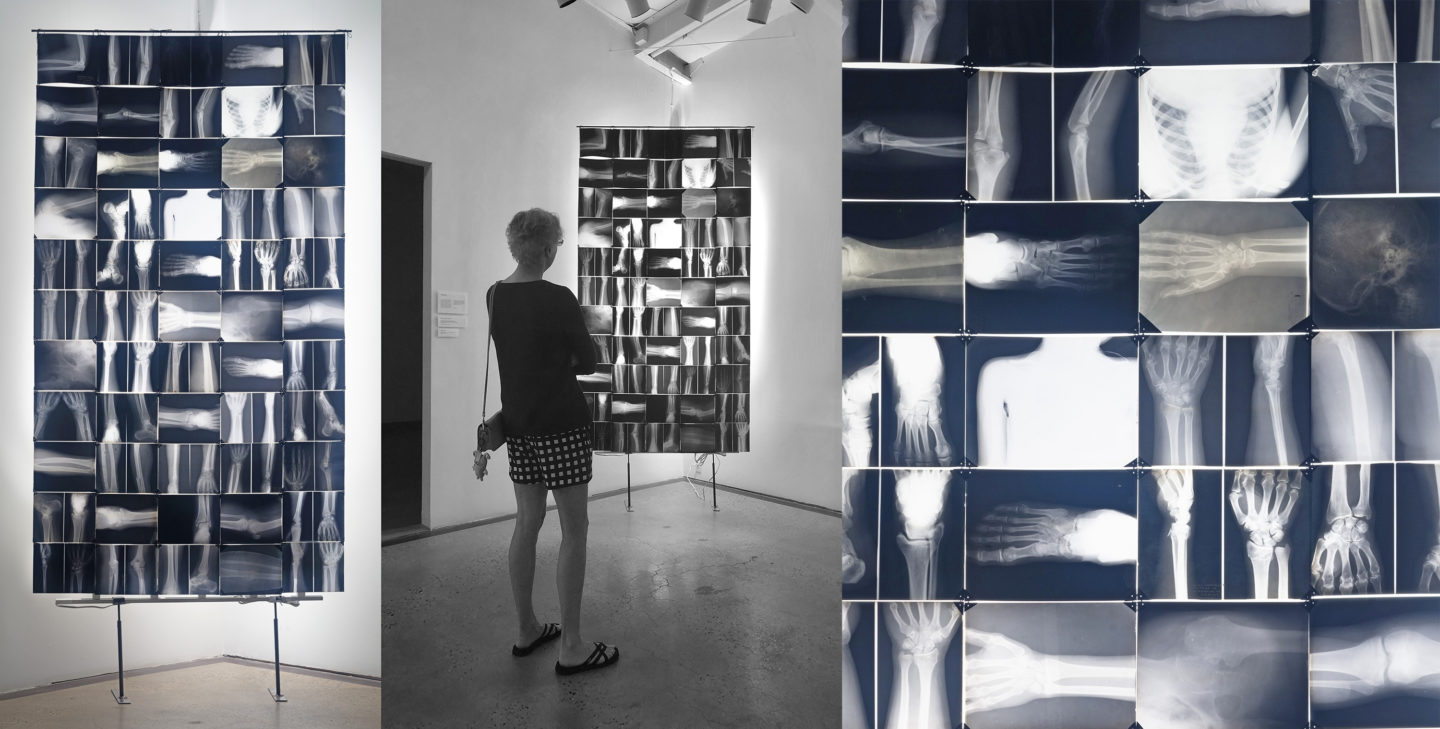