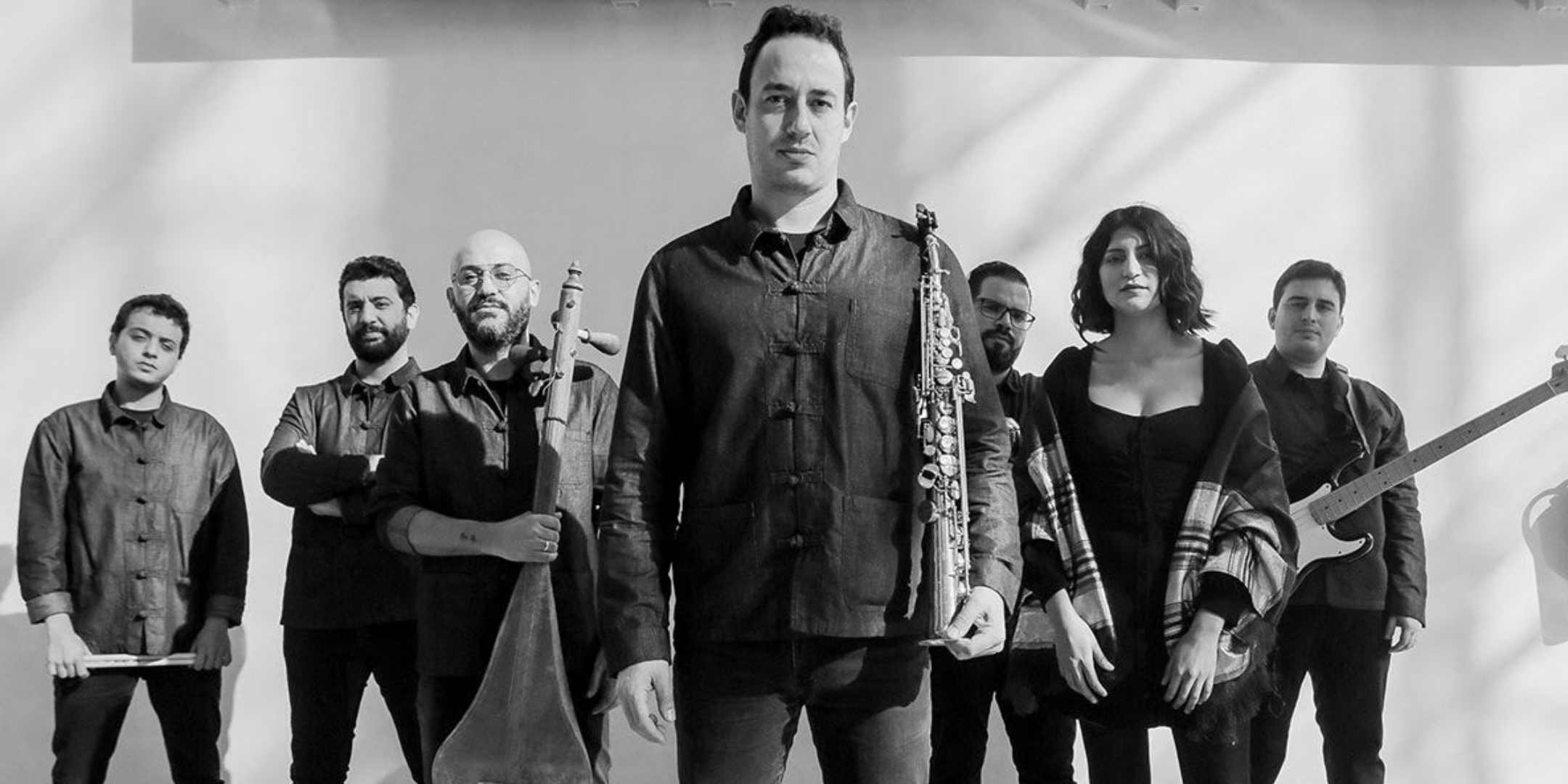 Yacine Boularès’ A Night in Tunisia

ArtYard and the Frenchtown Bookshop are excited to announce that a rare collaboration of Tunisia’s best-known musicians led by Yacine Boularès will appear in concert on Saturday, October 15, 2022 at ArtYard’s McDonnell Theater.

“A Night in Tunisia” is a musical journey from the shores of Carthage to the port of New Orleans, by way of West Africa where the rhythms of African-American jazz were born. In this new creation, band leader Boularès brings together a supergroup of Tunisian artists across indigenous and contemporary musical styles for an energetic and celebratory exploration of the continuum of North African and African American music.

“A Night in Tunisia” takes its name from the Dizzy Gillespie standard, “Night in Tunisia.” That song, however, is not based on Tunisian musical styles. For that reason, the Tunis Opera commissioned Boularès, a French-Tunisian composer and saxophonist, to create this new project: An evening re-imaging the Dizzy Gillespie song using the harmonies and melodies of jazz, soul, and funk meeting the pulse and soul of Tunisian rhythms.

The evening is a poetic odyssey that celebrates life and the incandescent fury to dance, vibrate, and live to the rhythm of the music. At the forefront of the stage, singer Nessrine Jabeur shares the mic and her poetry with rapper Mehdi WMD, joined by traditional Tunisian percussion, drums, bass, piano/keyboard, guitar, and loutar, with Boularès on saxophones.

Emily Wells is among the other upcoming performers set to take the McDonnell stage as part of the partnership.

Yacine Boularès
View All Events
http:// https://www.youtube.com/watch?v=6Sfn4WLUYkk
Sign up for our newsletter to stay up to date.
Subscribe +