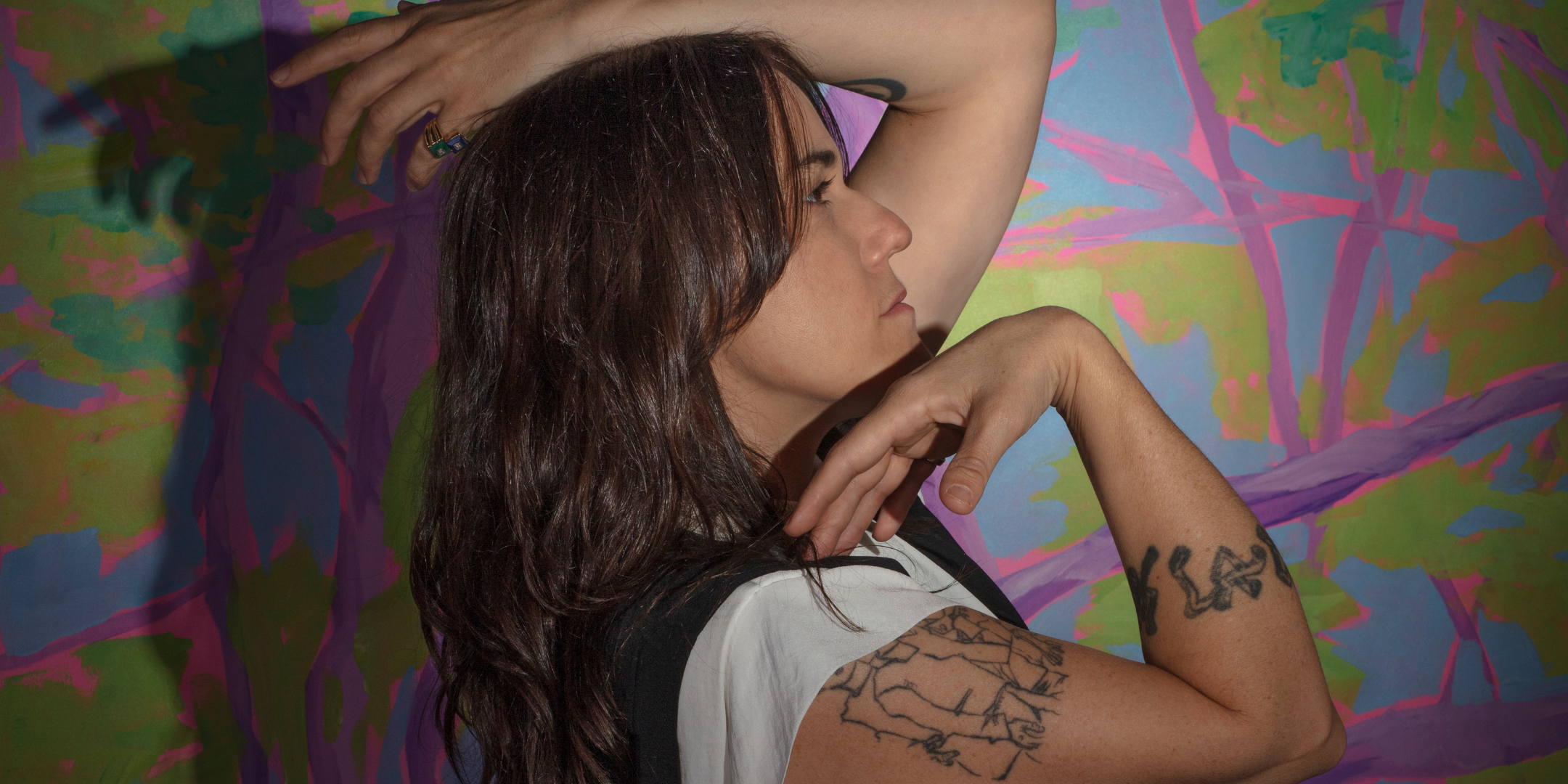 ArtYard and the Frenchtown Bookshop are excited to announce that Emily Wells, an award-winning composer, producer, multi-instrumentalist, and video artist, will be appearing in concert on Friday, September 30, 2022, at ArtYard’s McDonnell Theater.

Emily Wells’ multimedia performances are “quietly transfixing” (NY Times). She meticulously loops and layers real-time tracks of violin, synth, percussion, wind instruments, and vocals, creating what she calls “a new instrument.” Those instruments create an evocative and ethereal soundscape, reminiscent of the music of Bjork. Her songs will be accompanied by video projections on ArtYard’s two-story-tall screen.

NPR calls Wells’ music “breathtaking,” “mind-blowing,” and “visionary.” The New York Times describes her music as “dramatic, meticulous, and gothic.” In her words, it “bridges pop and chamber music,” and her video projections “intersect imagery of contemporary dance, extreme weather and effects of climate crisis, and protest footage.”

Wells’ sixth album, “Regards to the End” (2022) pays tribute to the visual artists and choreographers who were at the front lines of the early AIDS epidemic. Her message is that “collective action is power, and making art is an act of hope and a belief in the future.” She lists music theorist John Cage, minimalist composer Philip Glass, and the hip-hop group Wu-Tang Clan as her influences.

Masks are required for this performance. Doors open at 7:30 PM.