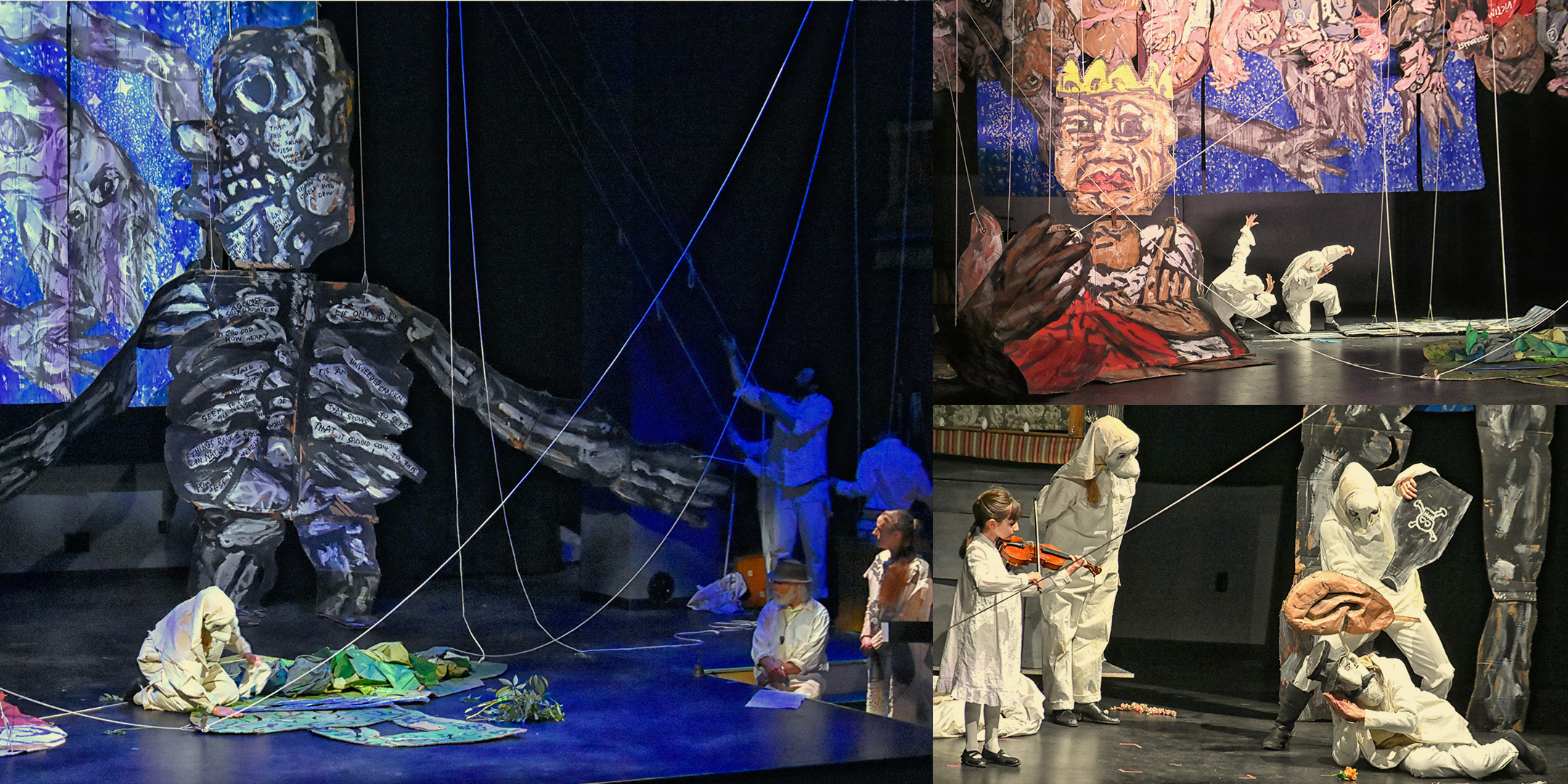 We are thrilled to announce Bread and Puppet returns to Frenchtown this July before Ecstatic Decrepitude’s closing this month to debut “Ophelia,” directed by Peter Schumann. Two performances will be held at 7 PM Saturday, July 23 and 3PM on Sunday, July 24.

This new work is a reimagining and reconfiguration of Shakespeare’s “Hamlet,” and the script is flipped as Ophelia herself takes center stage.

Ophelia, not an attachment to Hamlet, but the center around which all other elements spin, death, ghost, king, and population, all of them puppets, cardboard giants or dwarves. Only Ophelia is real: a teenager with down syndrome called Ira Karp. Ira Karp is Peter Schumann’s grandson, and is a frequent collaborator and performer with the Bread and Puppet Theater.

The show is expected to run for about 60 to 90 minutes, with no intermission.

Ecstatic Decrepitude is an exhibition featuring the works of Bread and Puppet founder Peter Schumann on view at ArtYard through July 31.