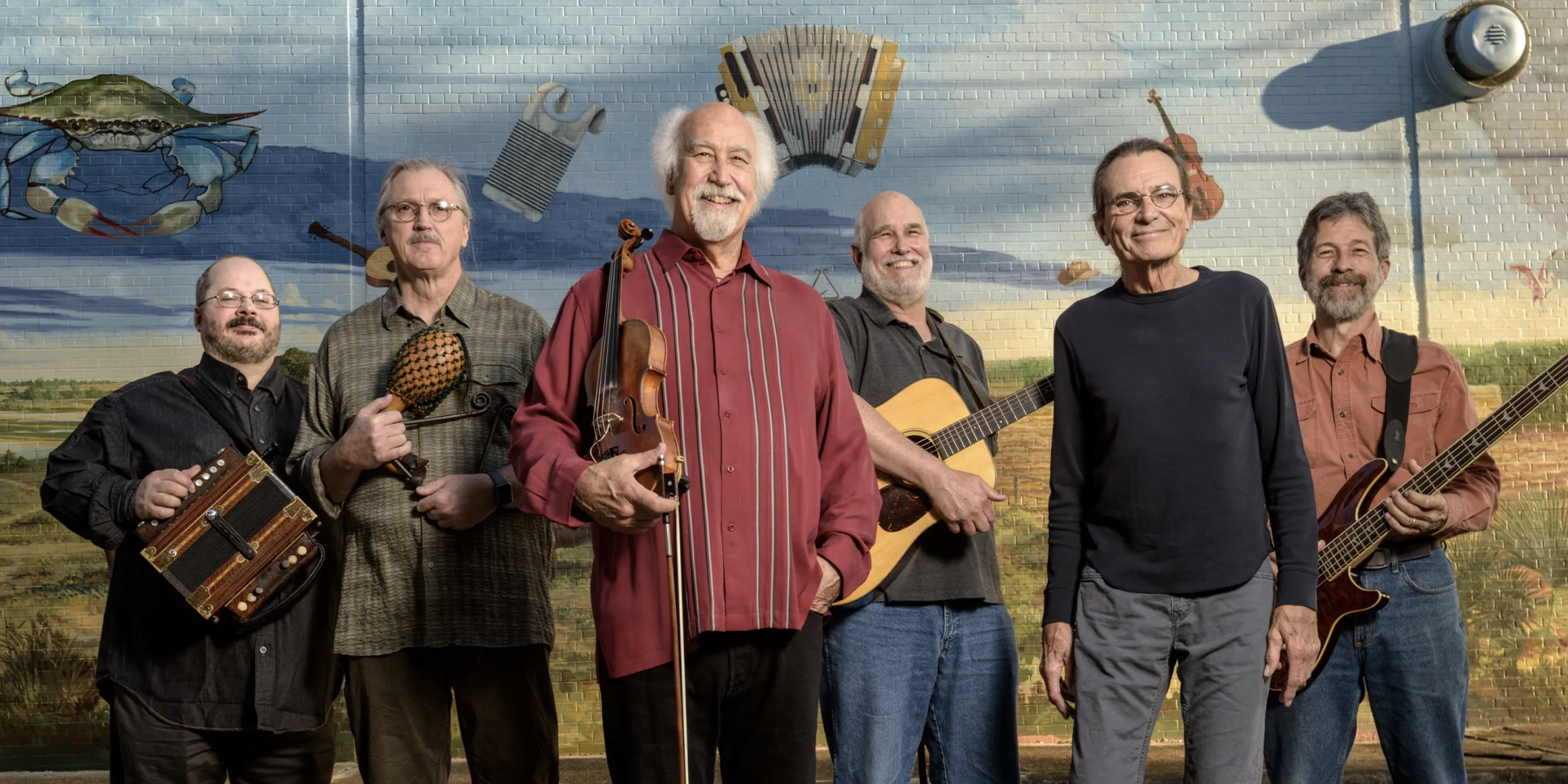 ArtYard and the Frenchtown Bookshop are delighted to welcome Cajun legends BeauSoleil avec Michael Doucet Saturday, Nov. 19 to perform at ArtYard’s McDonnell Theater as part of the band’s farewell tour.

For the past 45 years, BeauSoleil avec Michael Doucet has been making some of the most potent and popular Cajun music on the planet and they are now back on the road with their farewell tour “One Last Time — Au Revoir!” Born out of the rich Acadian ancestry of its members, and created and driven by bandleader Michael Doucet, BeauSoleil is notorious for bringing even the most staid audience to its feet.

Their distinctive sound derives from the distilled spirits of New Orleans jazz, blues rock, folk, swamp pop, Zydeco, country and bluegrass, captivating listeners from the Jazz and Heritage Festival in New Orleans to Carnegie Hall. Since becoming the first Cajun band to win a Grammy with L’amour Ou La Folie and the a second Grammy in 2010, Live from the New Orleans Jazz & Heritage Festival, BeauSoleil has garnered many accolades, including twelve Grammy nominations. Their music is so integral to the Cajun culture that they have been featured on the New Orleans-based hit HBO program Treme.

BeauSoleil with Michael Doucet
View All Events
Sign up for our newsletter to stay up to date.
Subscribe +