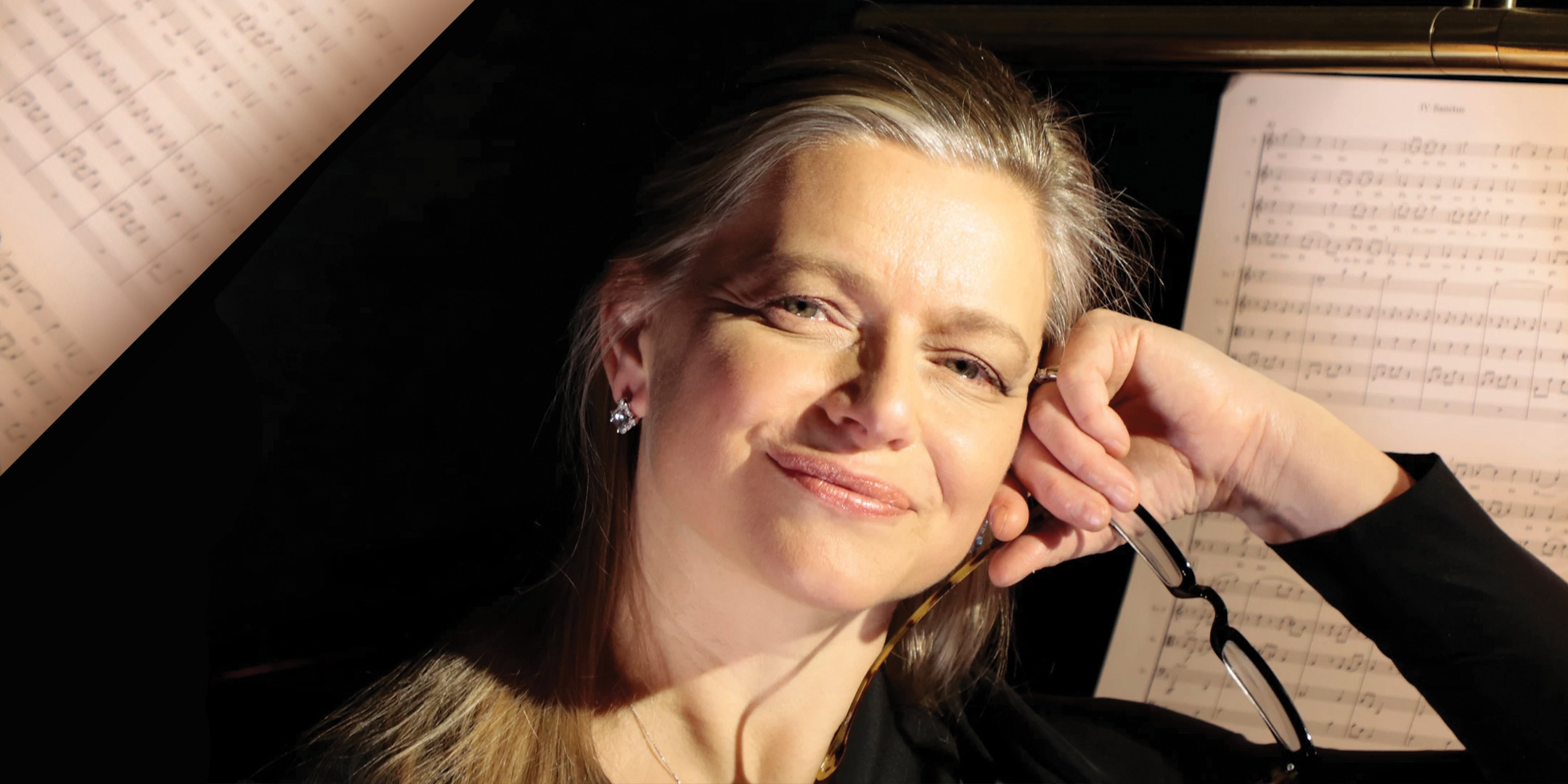 Please join us for a performance and artist talk with Frenchtown composer Heidi Breyer featuring selections from her new choral-orchestral work.

Breyer is an award-winning contemporary classical composer whose new music explores a modern romantic treatment of the traditional Latin Requiem Mass. She lives in the borough with her husband, artist Alexander Volkov, their golden retriever, Percy, and they have five grown children.

During the talk, Breyer will give us an inside look at why and how composers continue to mine for sound.

Breyer, accompanied by vocal soloists Barbara Hill and Nathan Halbur, will perform selections from her recently released sixth album, “Amor Aeternus: A Requiem For The Common Man.” After the performance, Breyer will be joined on stage by producer Corin Nelsen for a Q&A.

Breyer composed the work over a period of a decade and recorded it remotely during the pandemic. Every vocal and instrumental line was captured in the musicians’ own homes and studios under the remote direction of a production team headed up by Grammy-winning producer-engineer Corin Nelsen, Heidi Breyer, and Grammy winner Eugene Friesen.

Amor Aeternus is a stunning piece of immersive listening which Breyer says reflects the grit and determination of a changing humanity. Its world premiere is 8 PM Thursday, July 21 at Carnegie Hall.