Nicholas Kahn and Richard Selesnick are a collaborative artist team who have been working together since they met while attending art school at Washington University in St. Louis in the early 1980s.

Both were born in 1964, in New York City and London respectively. They work primarily in the fields of photography and installation art, specializing in fictitious histories set in the past or future.   These may include: documentary-style panoramic and square photographs that combine absurdist fantasy and bogus anthropology; elaborately crafted artifacts, costumes and sculptures, often constructed of unlikely materials such as bread or fur, painting and drawings ranging from large scale works on plaster to pages of conceptual doodling. Kahn lives in Ghent NY, and Selesnick in Rhinebeck NY.

Their current work features the recreation of the Truppe Fledermaus’s Memory Theatre of 1932 with its full complement of Batfolk, Greenmen, Rope-Slingers, and Death-Dancers in all their Carnivalesque glory.  Kahn & Selesnick have participated in over 100 solo and group exhibitions worldwide and have work in over 20 collections, including the Brooklyn Museum of Art, the Philadelphia Museum of Art, the Houston Museum of Art, the Los Angeles County Museum of Art and the Smithsonian Institution. In addition, they have published 3 books with Aperture Press, Scotlandfuturebog, City of Salt, and Apollo Prophecies. Their most recent book, 100 Views of the Drowning World, is available now from Candela Books. 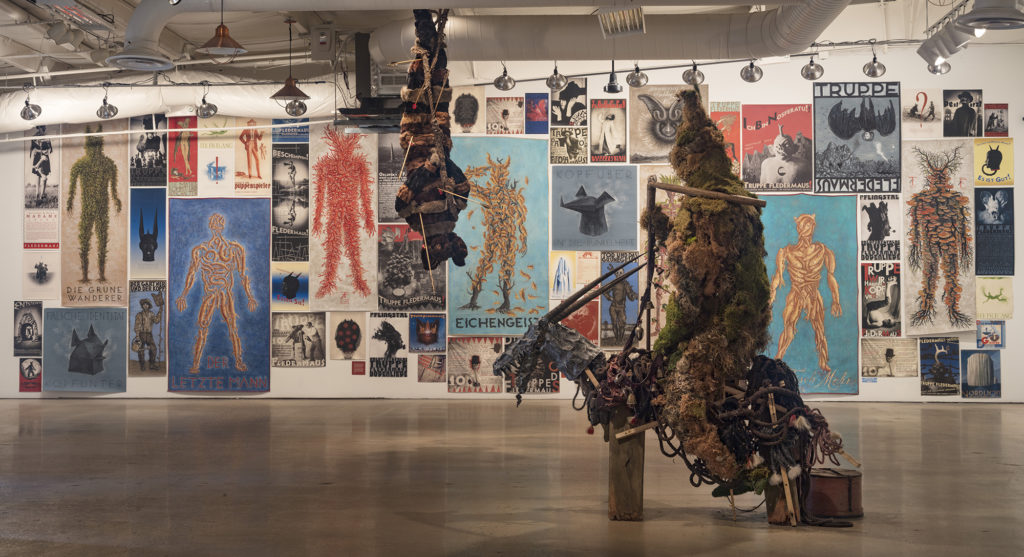